Recently I started learning React Framework for web development. I really like how easy it is to build a frontend using the Component pattern in React. If you don’t know what React is, it is a frontend web development framework developed by Facebook. It really simplifies the way how frontend is built. So while learning this I thought why not have a post on a react app deployment.

When it comes to deployment, why not on Kubernetes, the most used system to deploy and manage containerized applications. This post will give you the knowledge to easily deploy an app built using React framework connected to a backend API built on Flask using Python. This will be actually a series of two posts since the process is too long to fit in one post. Both of the posts together should give you a good understanding of the app deployment on Kubernetes cluster using Jenkins.

When there is an App, there will be a data source too. Here I will be using MongoDB as the data source to which the frontend will connect via the API. This whole stack will be deployed on a Kubernetes cluster as separate deployments.

Before we start there are a few pre-requisites you need if you need to follow along the setup. If you are using this as a guide for your work, these may already being setup for you.

I will be explaining everything in detail but to fully understand you should understand the basics.

What are we building

Below architecture image will give an overall idea of what I will be building to deploy the app on a Kubernetes cluster. 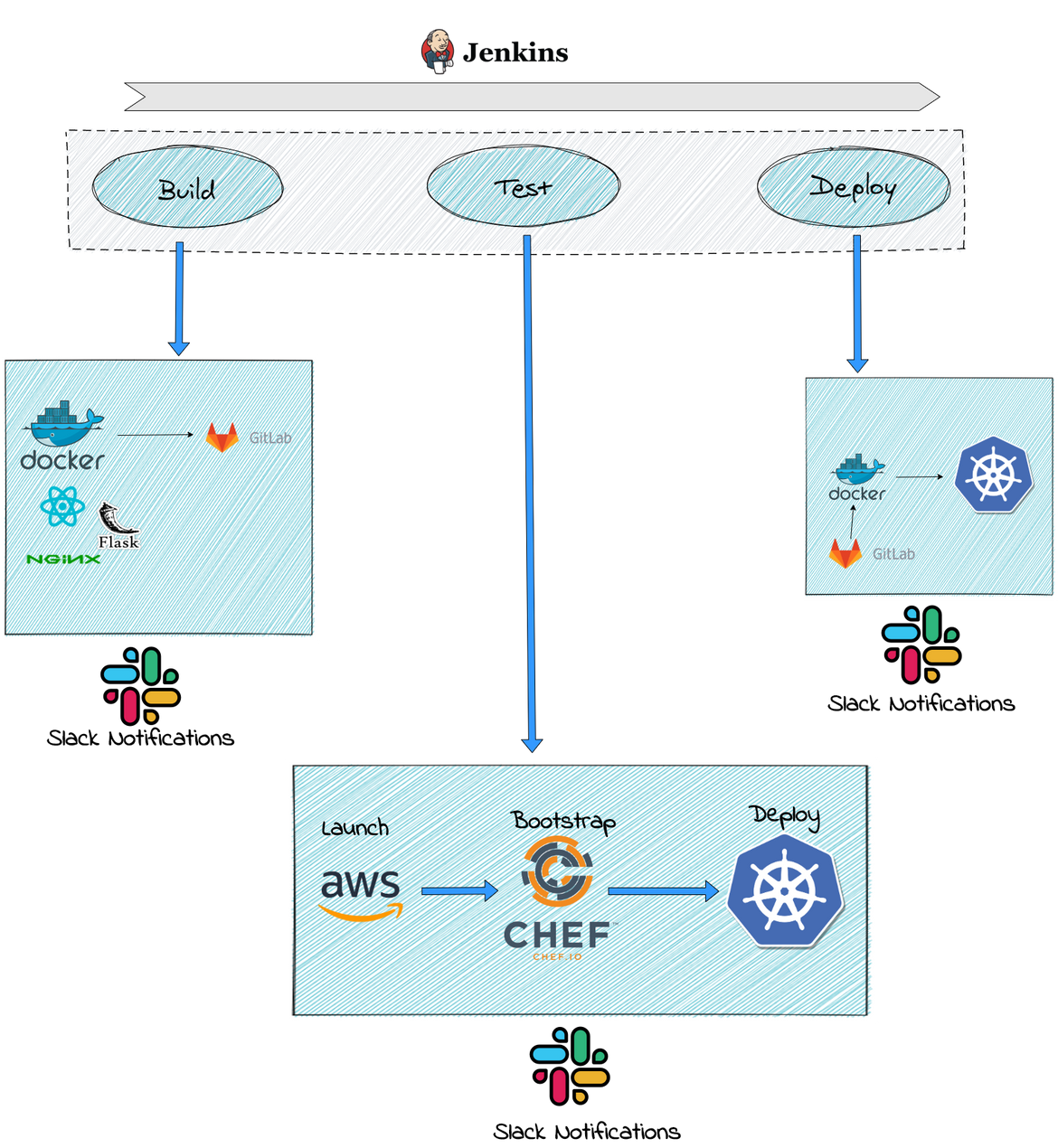 At a high level to complete the deployment process to a Kubernetes cluster, these are the steps which I will be describing in this series of 2 posts:

What is the App about

Let me first describe the app which I will be deploying. I developed a simple React app which will show Contact records stored in a Mongo database. The frontend of the app is developed using React framework. Frontend connects to the database via an API. The API is built on Flask framework which is the web framework for Python.

This will help you understand the overall architecture of the app.

All these components of the whole Application are built as separate Docker images. Lets discuss about that a bit.

Below let me describe how each of the components are built as Docker images which we will deploy later to the Kubernetes cluster.

Below are the steps which gets executed when the image is built:

To build the image run the following command in the codes folder of my Github repo. Clone the repo locally to run your commands in the folder. Before you can run this make sure to run a build to generate the static files in the build folder which will be copied to the image.

Below are the actions performed when the image is built:

To build the image run the following command in the codes folder of my Github repo. Clone the repo locally to run your commands in the folder.

Now that we know the basics about how the app is designed, lets see how the app architecture is orchestrated on a Kubernetes cluster. The app components are deployed as separate deployments. To enable communication between the pods from each deployment, Services are created to expose the Pod within the cluster. This image show the overall structure of the deployment on Kubernetes: 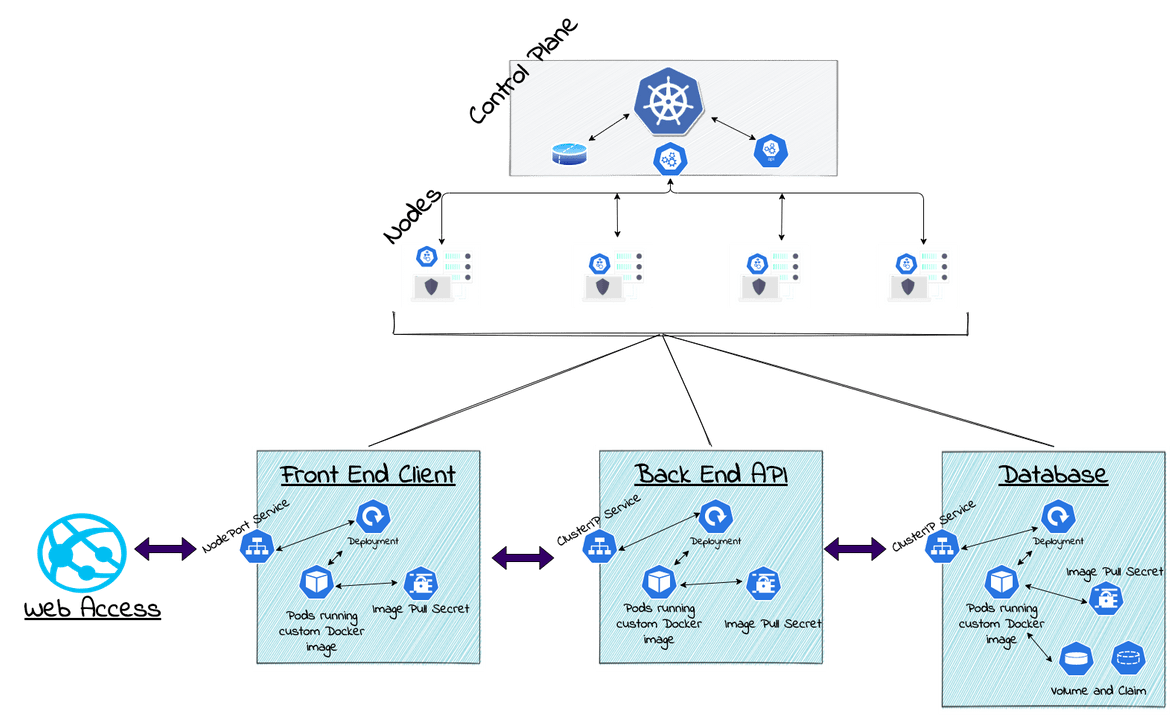 Let me explain each of the components in detail.

All of the Kubernetes resources are defined in the YAML file (ReactappKubeV2). When deploying to the cluster, this file will be applied to launch all the resources.

That should provide a good explanation of all the components/resources I am deploying on the Kubernetes cluster to build the whole application stack. Now lets move on to deploying these resources so we have a working app.

How Do we deploy

Now that we have an understanding of the stack which we are deploying, we will design the process to deploy all the above resources on a Kubernetes cluster. I will be automating the deployment using Jenkins. Jenkins will take care of building the Docker images, deploying to a test cluster and then deploying to Production cluster. I will be explaining the whole process in my next post.

In this part of the post-series I went through the app and the app architecture describing how the React app and the backend will be deployed to a Kubernetes cluster. Hope this gave you a basic understanding of how a basic app can be architected to be deployed to Kube cluster. In next post I will be going through the process of deploying the app to the cluster using Jenkins. Below are the topics which I will be covering in the next post:

Keep an eye for my next post if you want to see the “endgame” (not the movie). For any questions or issues, please reach out to me from the Contact page.

AWS CLI Series : How to use CloudFormation We all love to work with command line right? At least I love the ease of just opening a console…