While I was in the initial stages of learning Kubernetes, I always struggled to get a quick Kubernetes cluster to work on my practice labs. Though there are many online alternatives available which can be used in such scenarios but somehow I always felt if I could easily spin up a lab environment of my own, it will be good for my learning. Thats when I came up with this process to spin up a basic Kubernetes cluster easily and quickly. The process described here can be a good learning to use Terraform and Ansible in such scenarios too. With modifications to the steps, this can also be used to launch actual clusters in projects.

For this post, I will go through the process of spinning up a basic Kubernetes cluster using Terraform on AWS. I will cover two ways to launch the cluster:

Before I start the walkthrough, there are some some pre-requisites which need to be met if you want to follow along or want to install your own cluster:

Apart from this I will explain all of the steps so it can be followed easily. I will cover each of the steps in detail so if you have some basic conceptual understanding of the above mentioned topics, you should be able to follow along.

Let me first explain whats the process I will be following to deploy the cluster. I will go through two methods of deploying the cluster:

Lets go through each of the methods and see how this will work.

First method we will go through is deploying the cluster using EC2 instances. In this we will deploy both the controlplane and some nodes on various EC2 instances. Below flow shows the overall process. 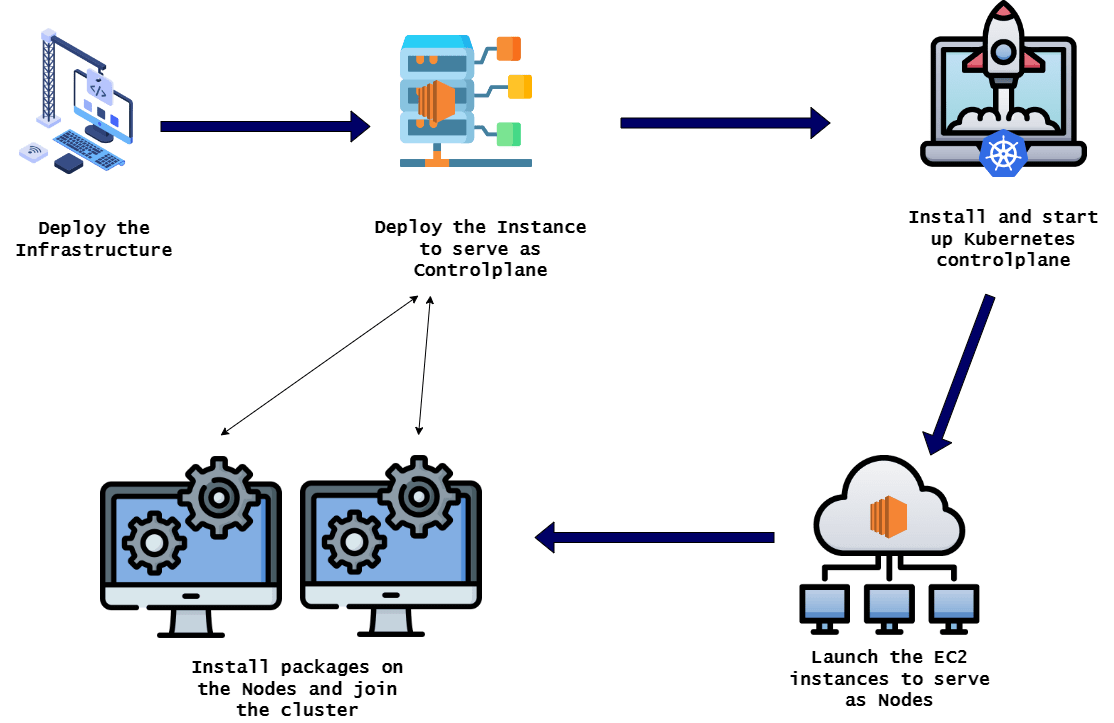 That completes the high level flow of deploying the cluster on EC2 instances.

In this method, the cluster will be deployed on the AWS managed platform called EKS (Elastic Kubernetes Service). This platform takes away many of the steps to prepare the cluster and takes a more declarative approach. Below flow shows what I will be following in this process: 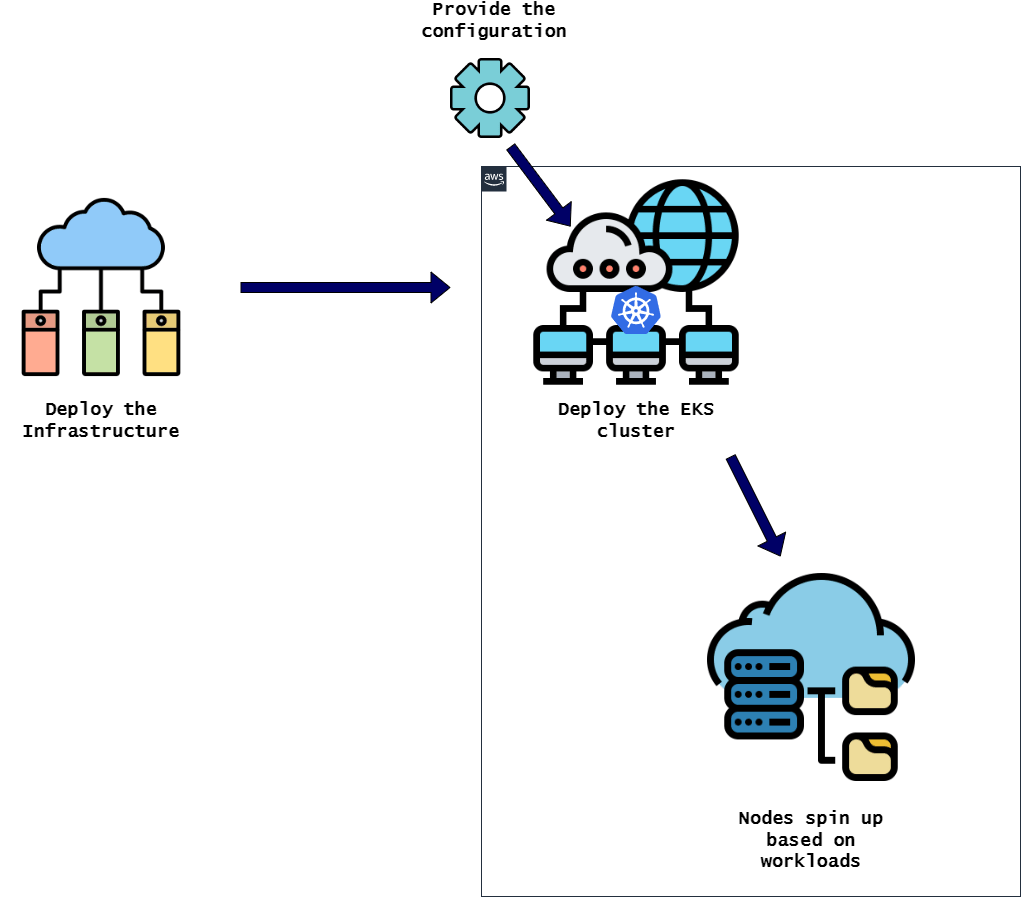 Now that we have some basic understanding of what I will be deploying, lets dive into some technical details of the parts.

This cluster comprises of EC2 instances which are deployed separately. Below image will show the overall cluster which will be built in this process: 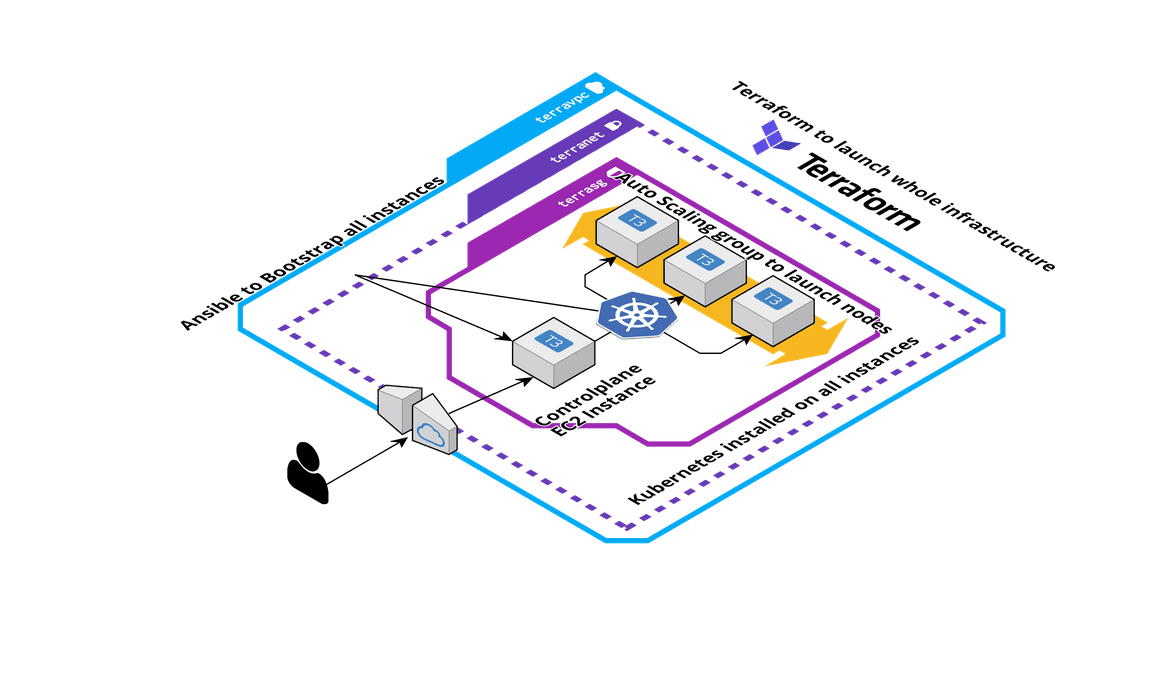 That should explain about the whole cluster architecture and it is deployed across multiple EC2 instances. 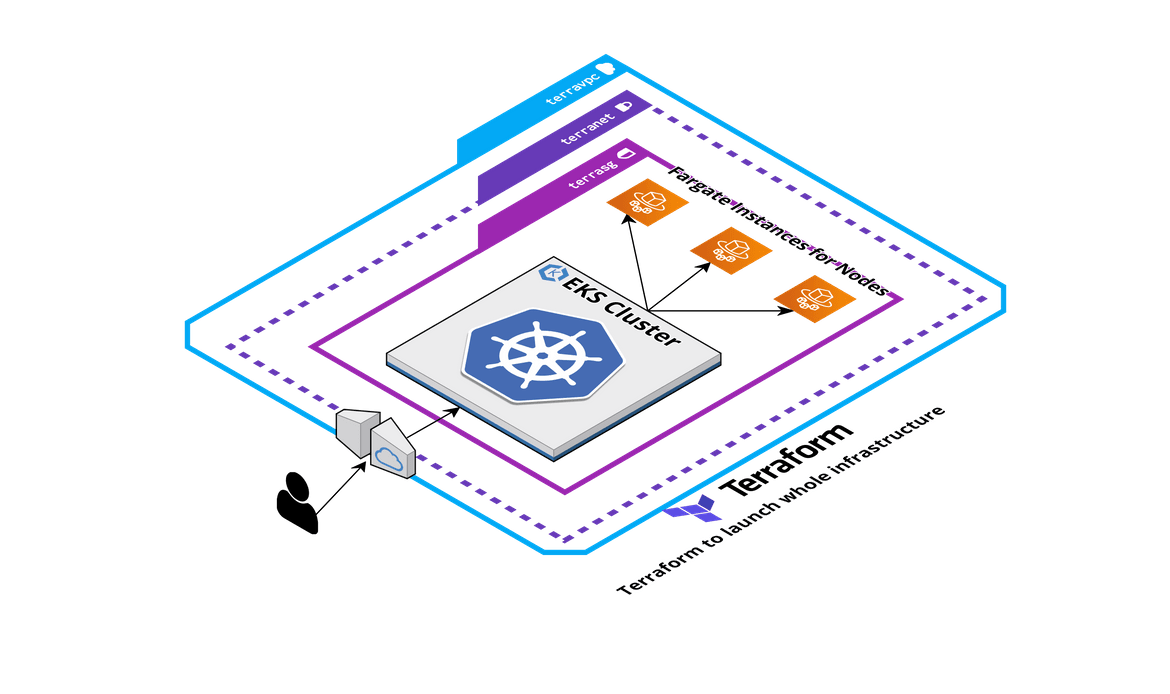 That explanation should give a good idea of both of the processes and what we will be setting up in this post. Lets walk through setting up each of the clusters.

In this setup I will walk you through the setting up of the whole cluster via both of the processes. You can use any of these to spin up your own cluster. At high level this is the general flow which I will be setting up on Jenkins to launch each of the cluster. 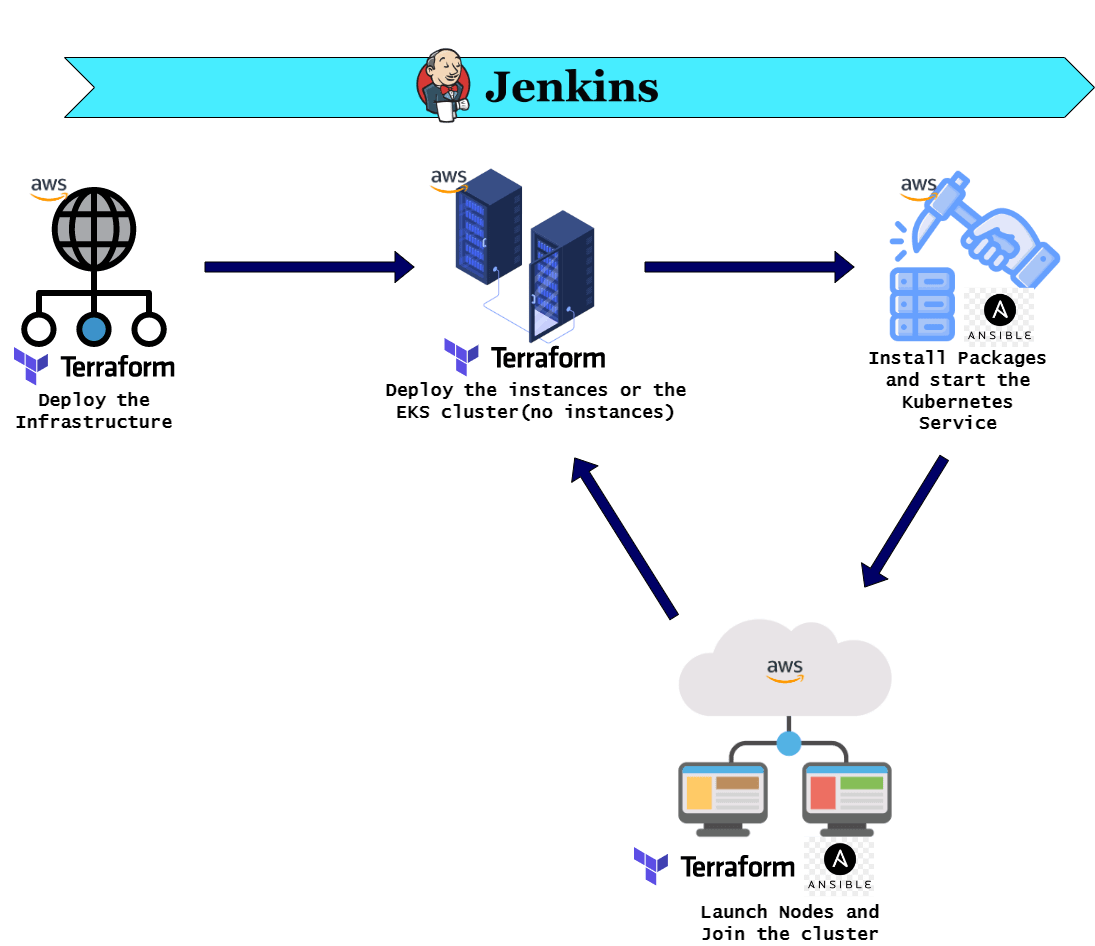 Before diving in the setup process, let me explain the folder structure of the scripts on my repo. If you are using my repo for spinning up your cluster, this should help understand the setup. I have divided both of the approaches in two separate folders with their own folder structure in each. 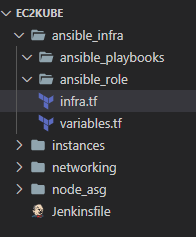 ansible_infra:This folder holds everything related to ansible used to bootstrap the instances in the cluster. It holds all the playbooks and the role to install and start Kubernetes on the controlplane and other nodes in the cluster. It also holds the Terraform script to launch the infrastructure needed to hold the the ansible playbooks and inventory files for the nodes to pull from. more on that later.

instances:This folder holds the Terraform scripts to launch the EC2 instances for the controlplane node.

networking:This folder holds the Terraform scripts to launch all the networking components of the cluster like VPC, subnets etc.

node_asg:This folder contains all the Terraform scripts to launch the Auto scaling group that will launch all of the other nodes in the cluster.

Jenkinsfile:Finally the Jenkinsfile for the pipeline to launch the whole cluster step by step

cluster:This folder contains all the Terraform scripts to launch the EKS cluster. This is defined as a Terraform module which gets deployed via Jenkins

networking:This folder contains all of the Terraform scripts to launch the networking components of the cluster like VPC, subnets et. The EKS cluster gets deployed on this network

sample_app:This folder contains a Yaml file to deploy a sample Nginx pod. This pod i deployed to demonstrate how Fargate instances gets deployed once workloads are created on the EKS cluster.

Jenkinsfile:Finally the Jenkinsfile to define the pipeline which will deploy this whole cluster and its components.

That is the folder structure I have created in the repo I shared for this post. But in the steps below, what I have done is separate out those folders in separate branches in the same repo. Each of those branches trigger different Jenkins stages. I will go through the stages below. But just to understand the branch structure, this is what I will be following in this post. You can take my repo as is or convert to a branch structure as this to easily trigger separate pipelines. 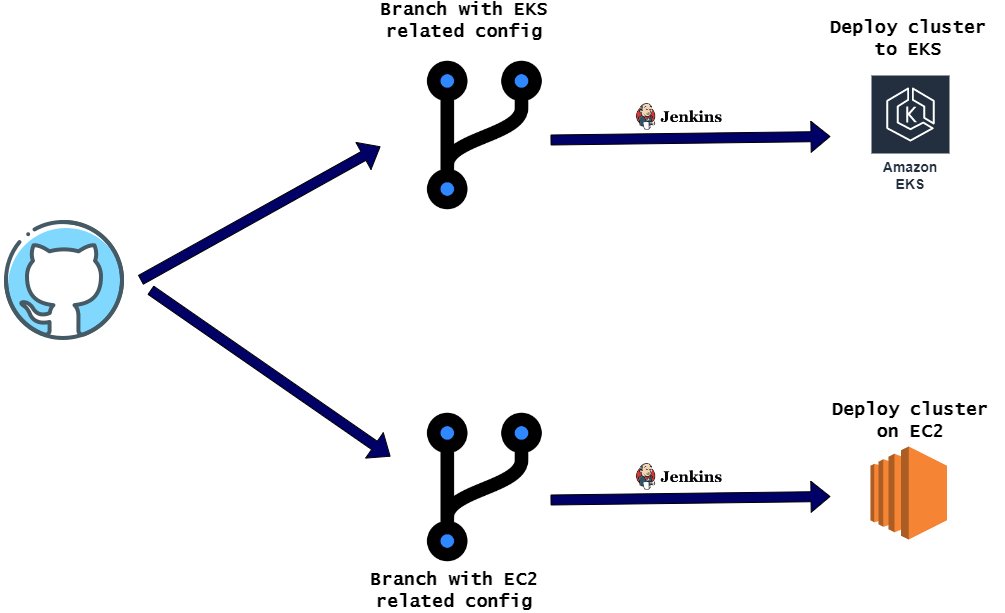 Now that we have seen the structure of how the codebase looks, now its the time to prepare Jenkins for running the deployment steps. Let go through the steps one by one. But before starting to setup Jenkins, since we will be deploying to AWS, we will need an IAM user which the pipeline will use to connect to AWS. So first go ahead and create an IAM user with permissions to work with EC2 and EKS. Not e down the AWS keys for the user as we will be needing those next.

Once we have the IAM user lets move to setting up jenkins.

That should complete the initial Jenkins setup and you are ready to run the pipelines for deployment. Next lets move on to understanding the two pipelines and run them.

Lets first go through deploying the Kubernetes cluster using EC2 instances. Below pipeline shows the whole deployment steps which are carried out by Jenkins:

Lets understand each of the stages. 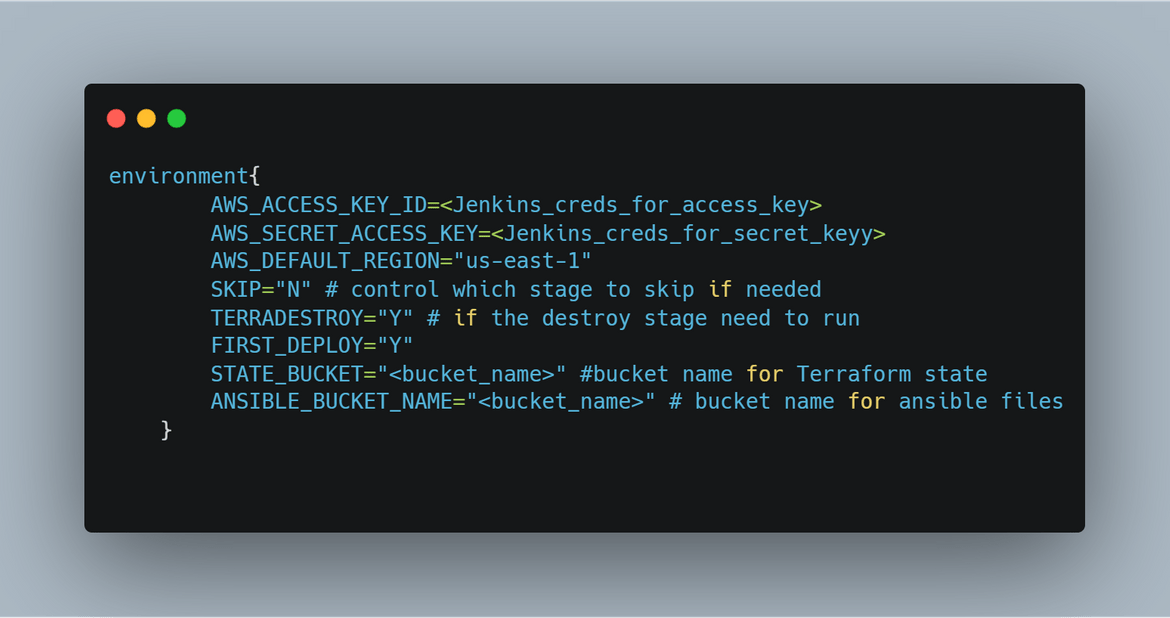 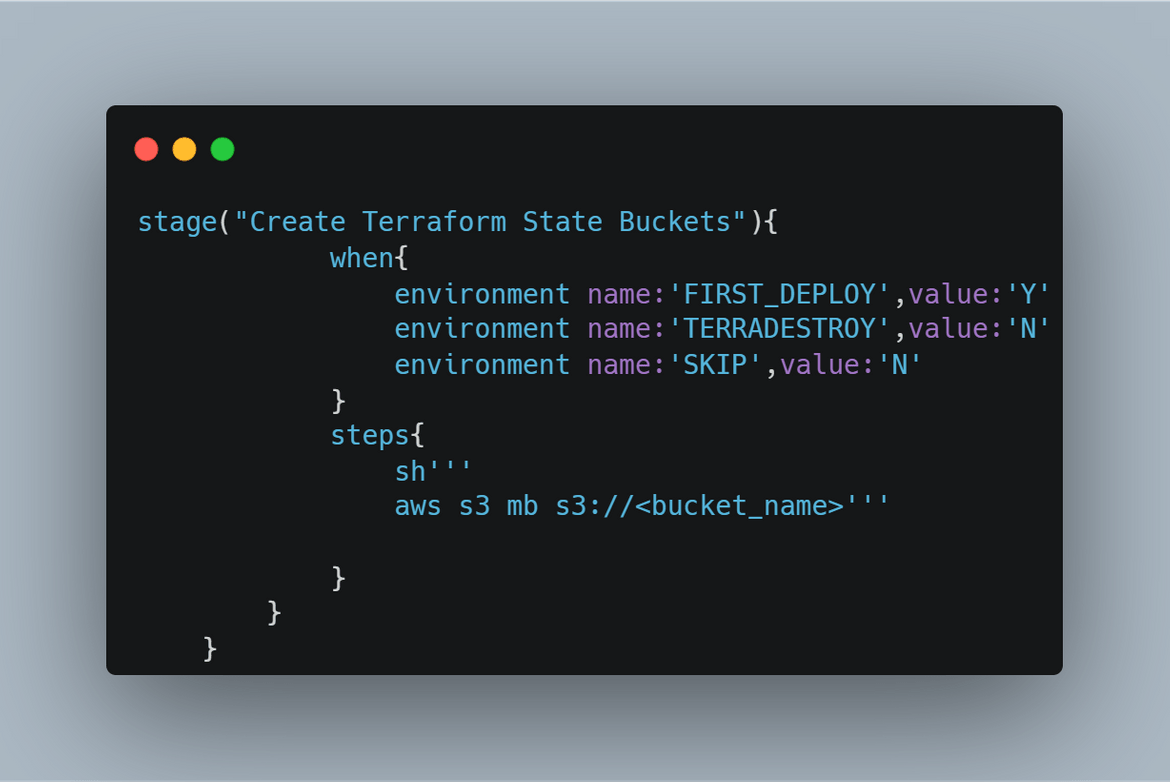 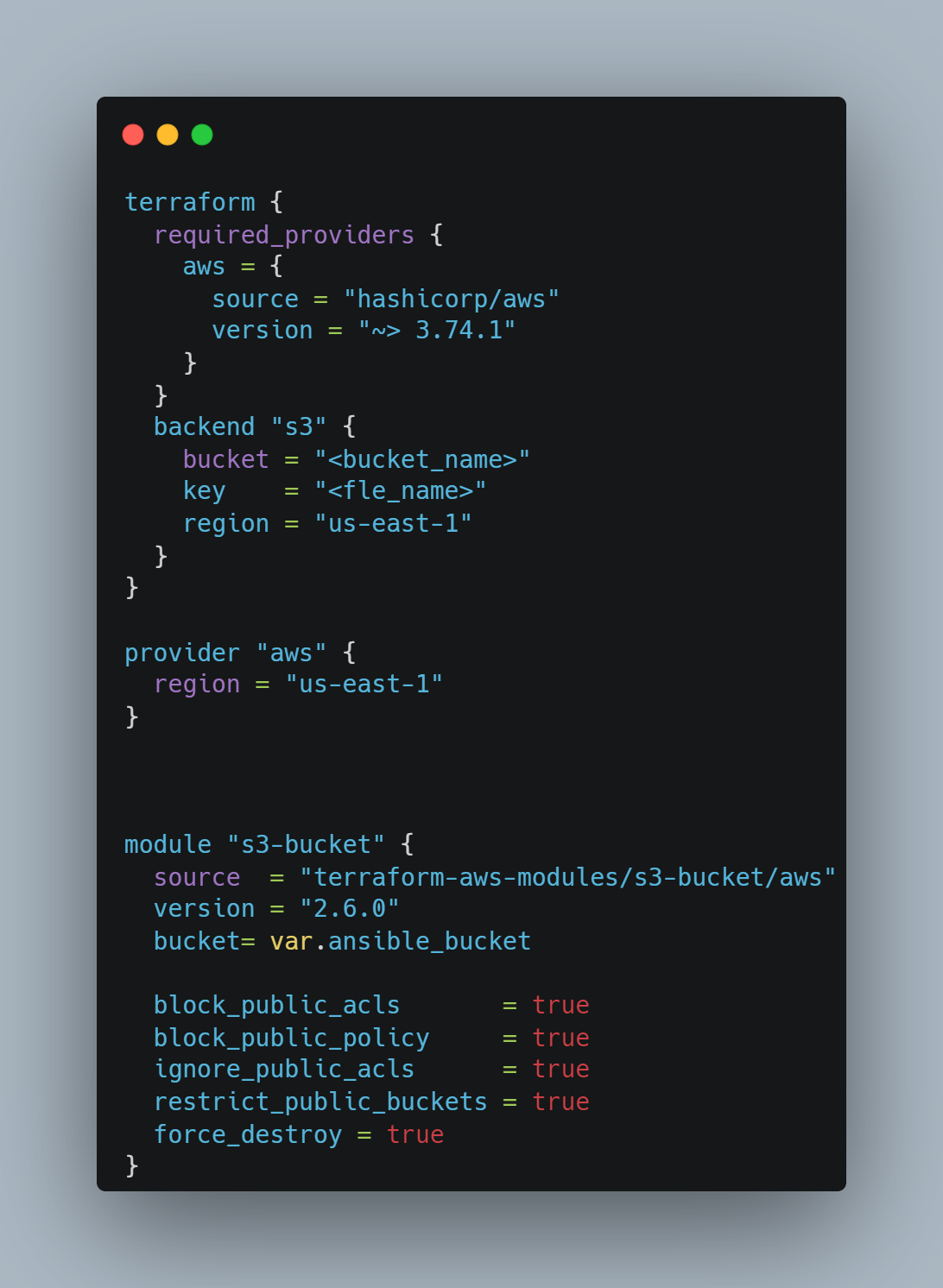 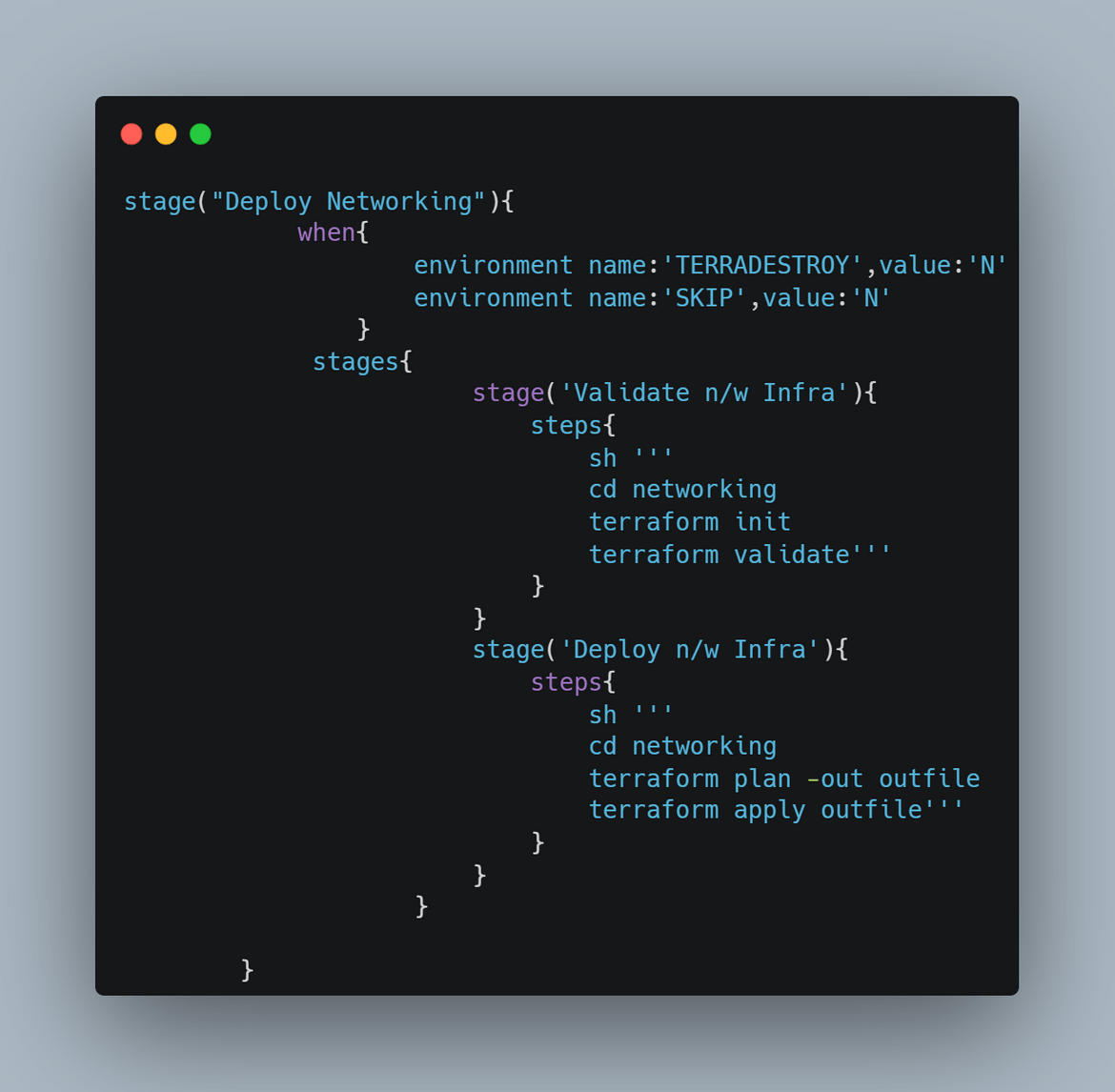 An Ansible playbook is created to perform the Inventory file update and upload to S3. The playbook can be found in the repo I shared. 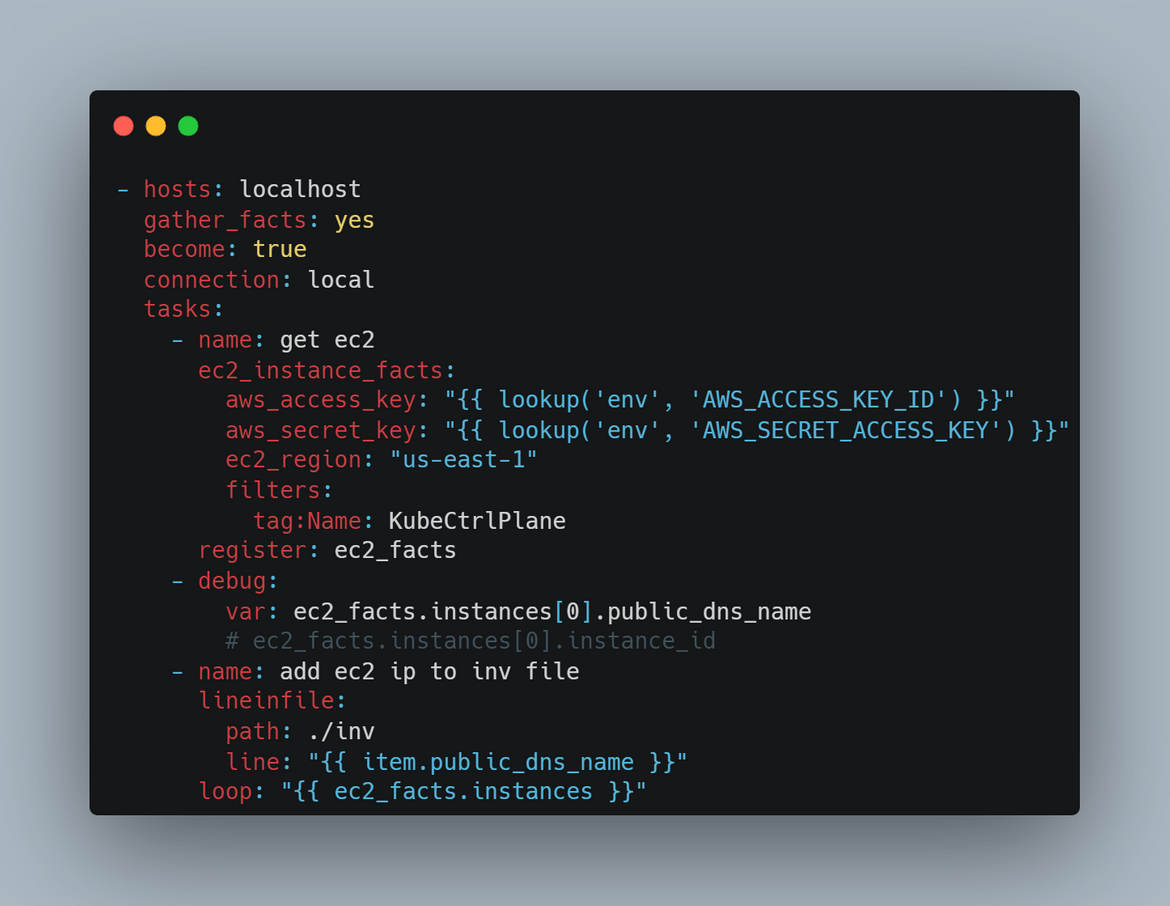 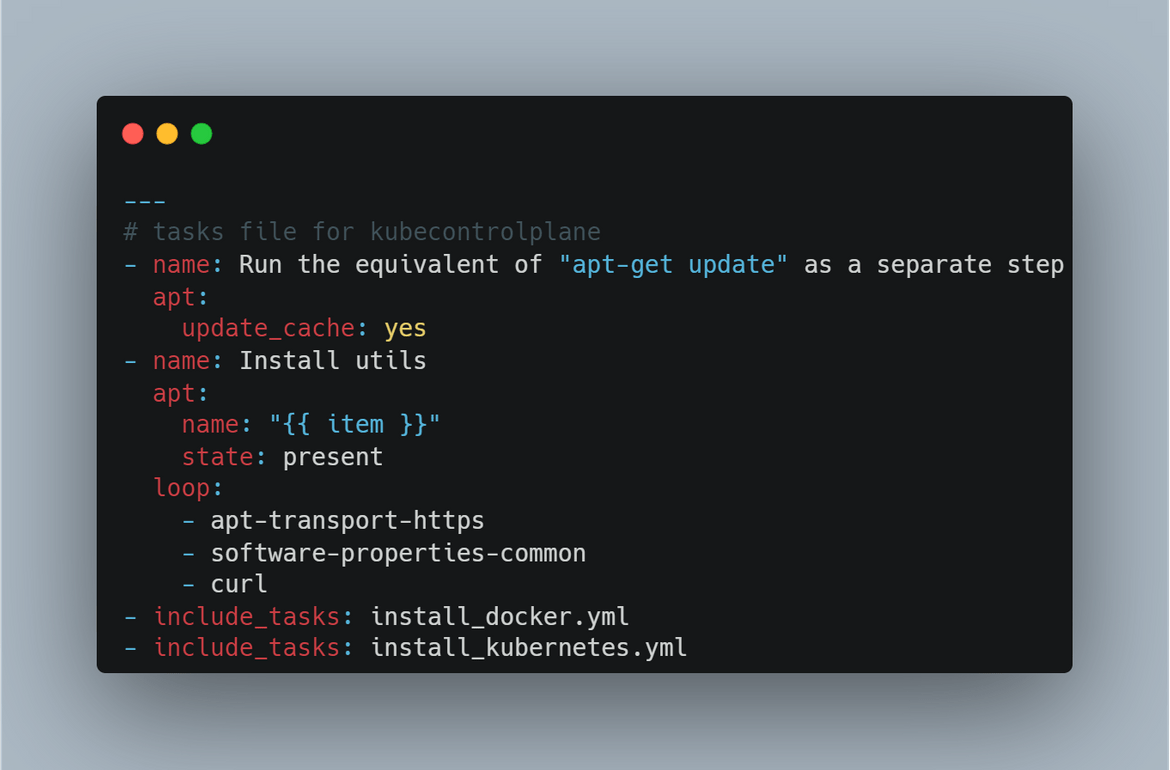 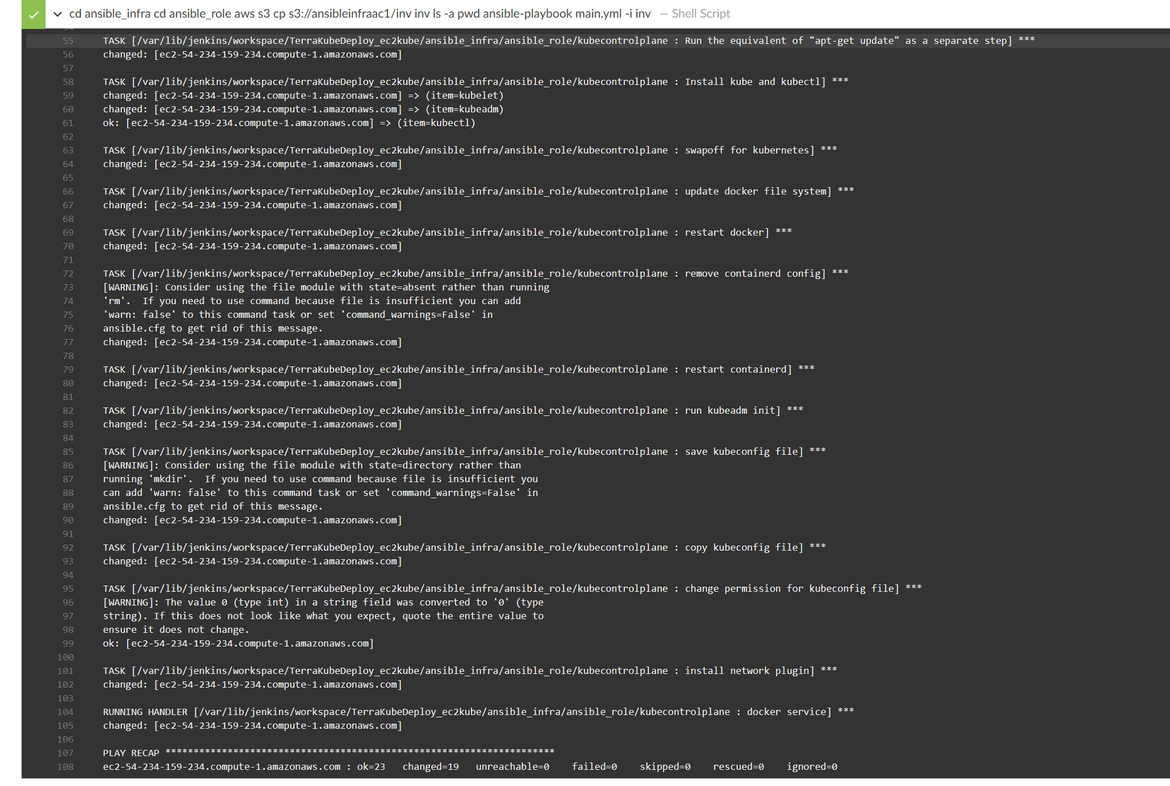 After the Kubernetes service starts, there is also a test step which runs in this stage to ensure the Kubernetes starts properly on the controlplane EC2. The kubectl test step is also performed using Ansible. During the test step, same Inventory file is also downloaded from the S3 bucket, and used by Ansible to connect to the EC2. 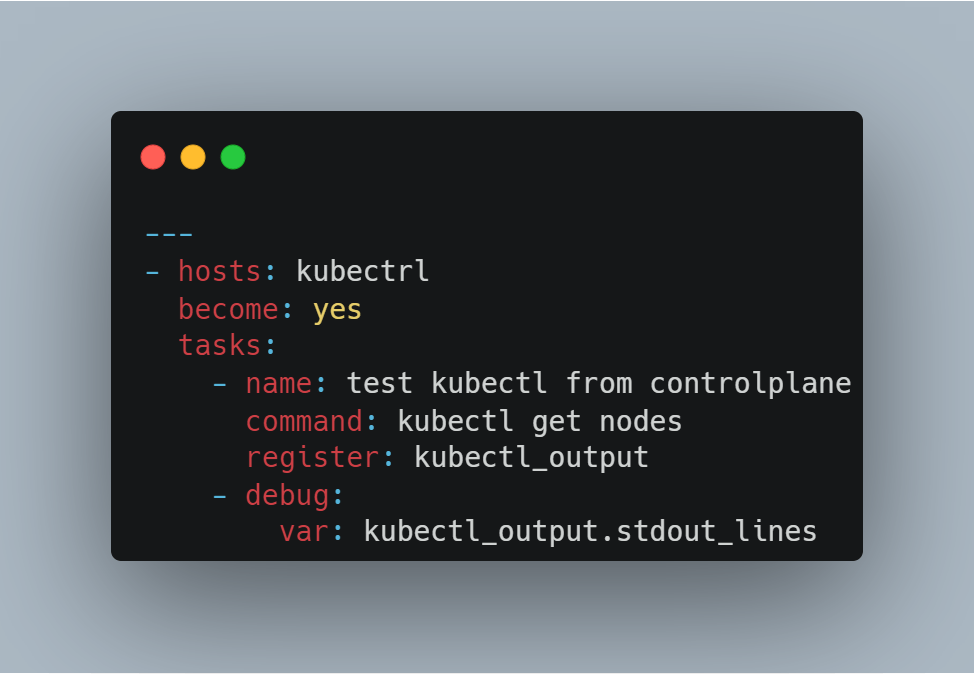 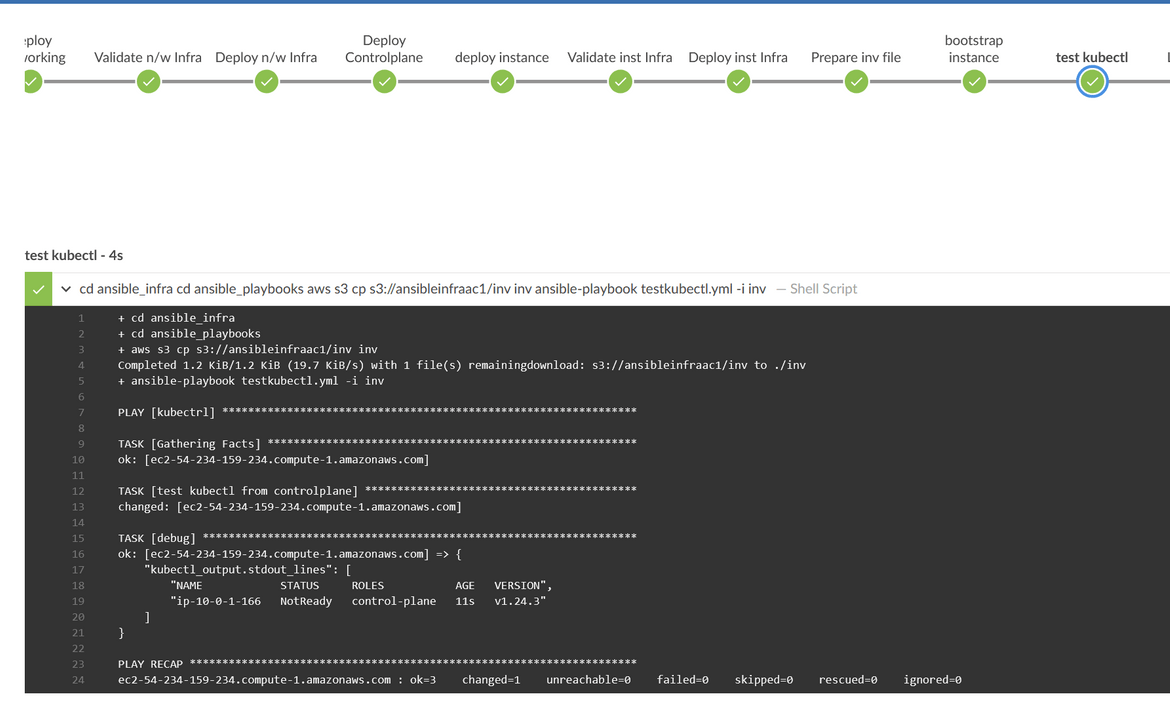 An Ansible playbook has been created to get the launched instance details and update in an inventory file. That inventory file gets uploaded to a S3 bucket for further steps. 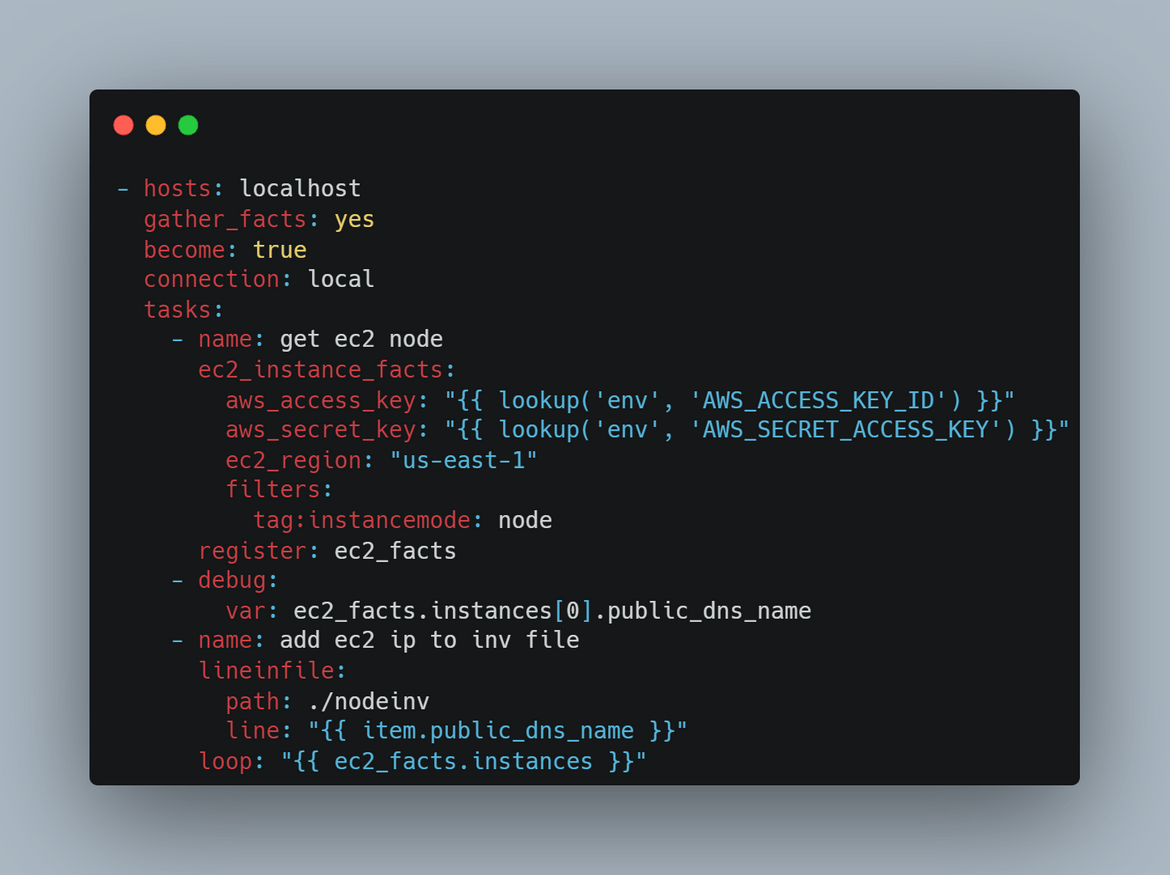 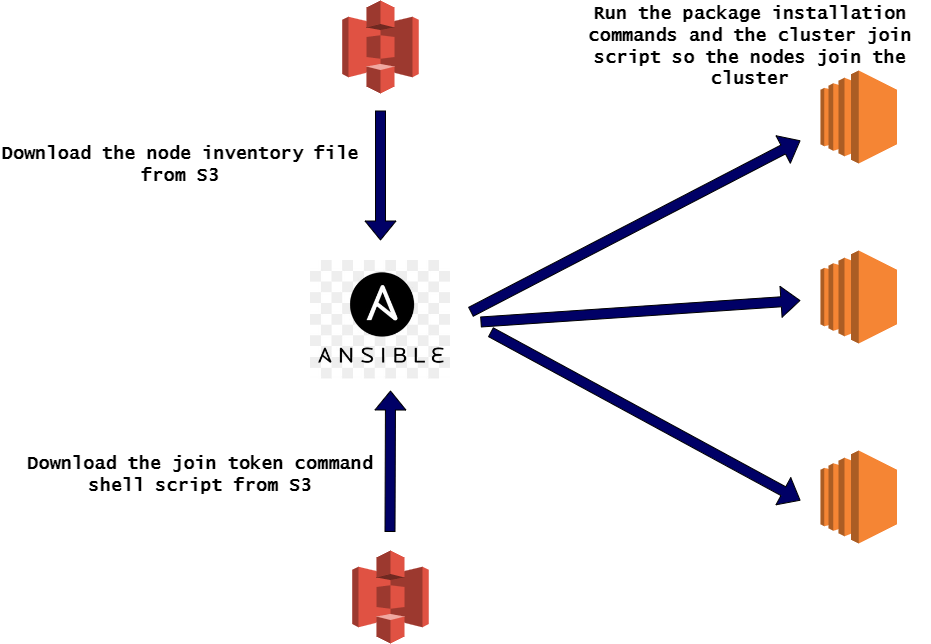 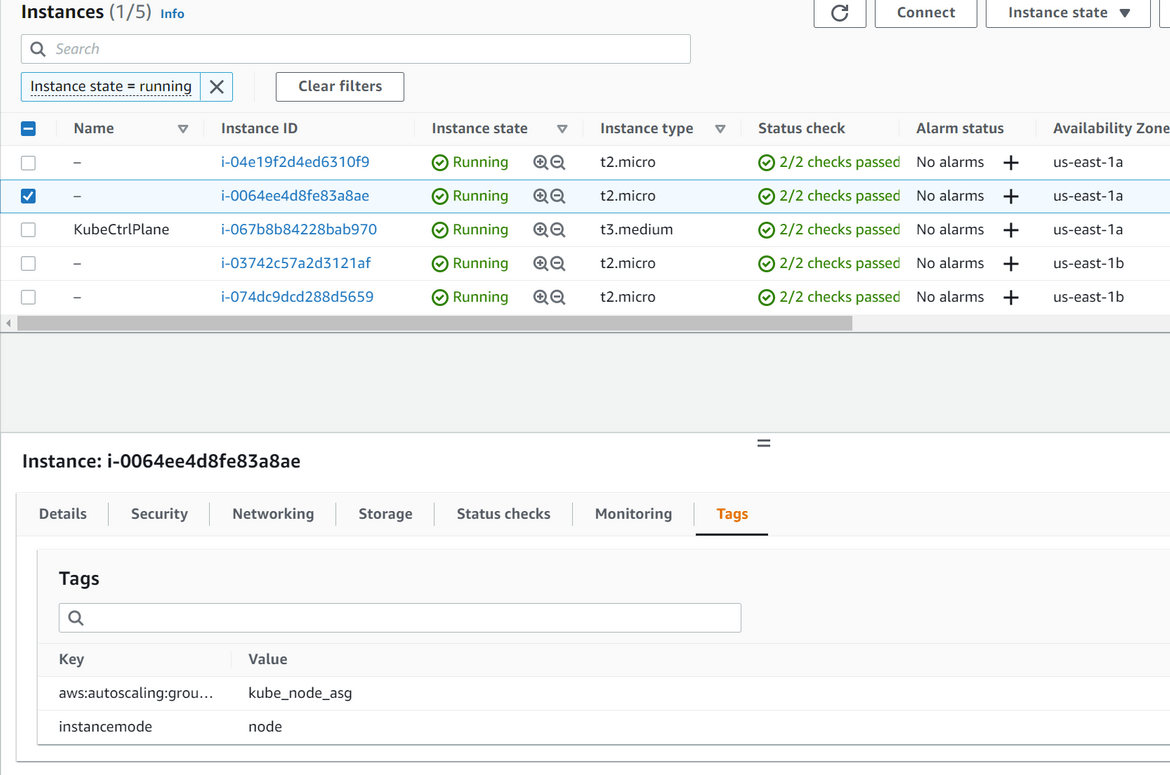 To execute the steps, run the pipeline which was created. Once the pipeline finishes, the cluster will be up and running. 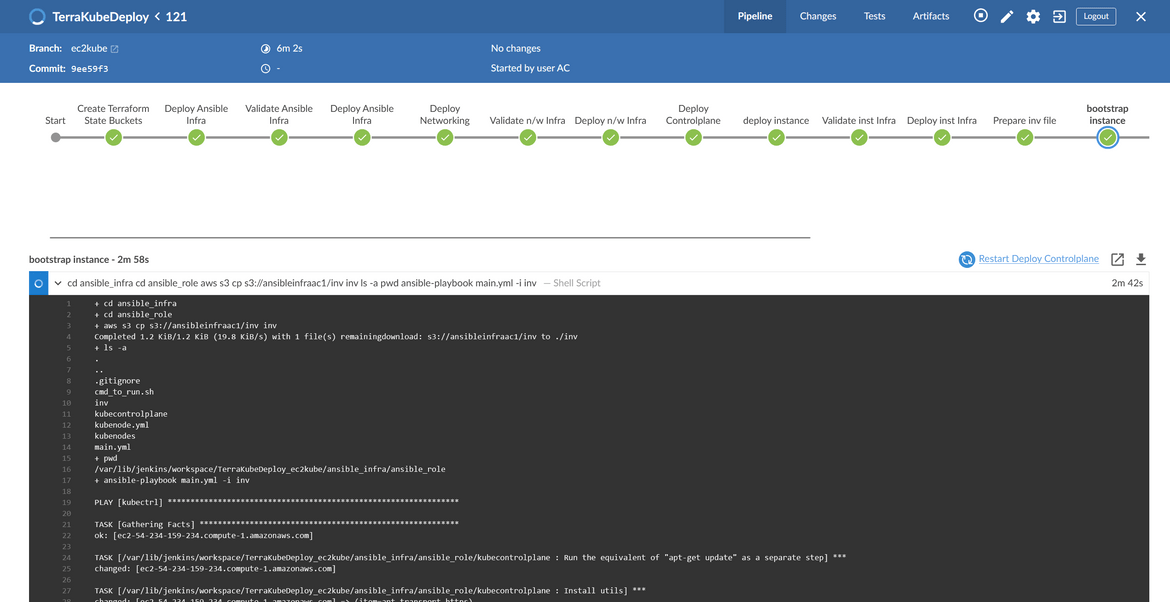 Now lets move focus to the other type of process. In this process the cluster will be deployed on AWS EKS. This deployment is also orchestrated using Jenkins. Below is the overall pipeline: 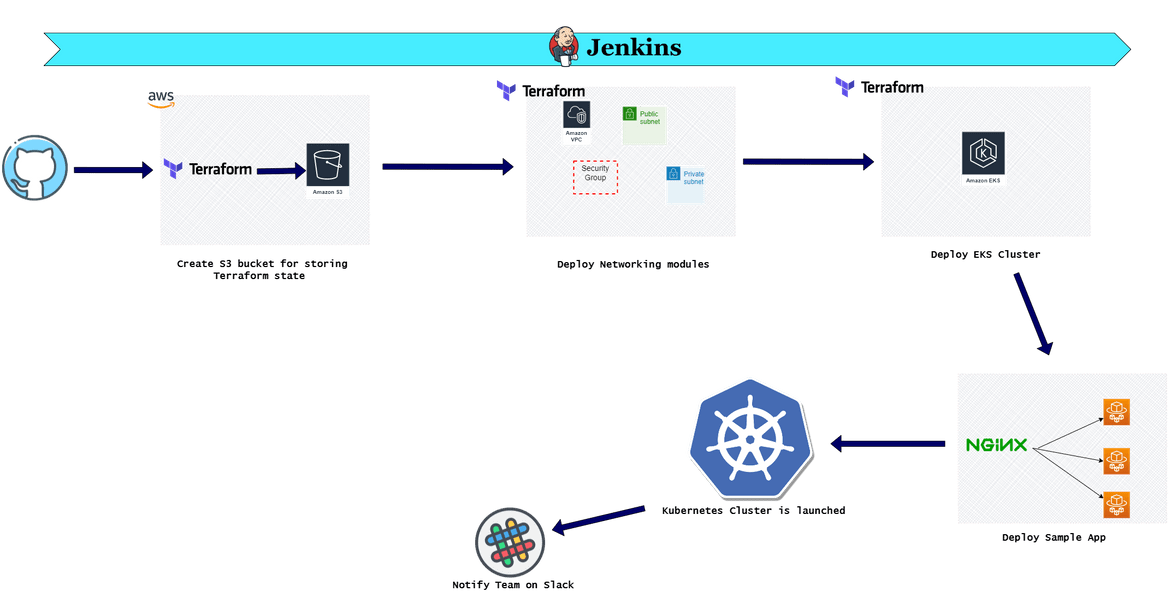 Lets go through each of the stages: 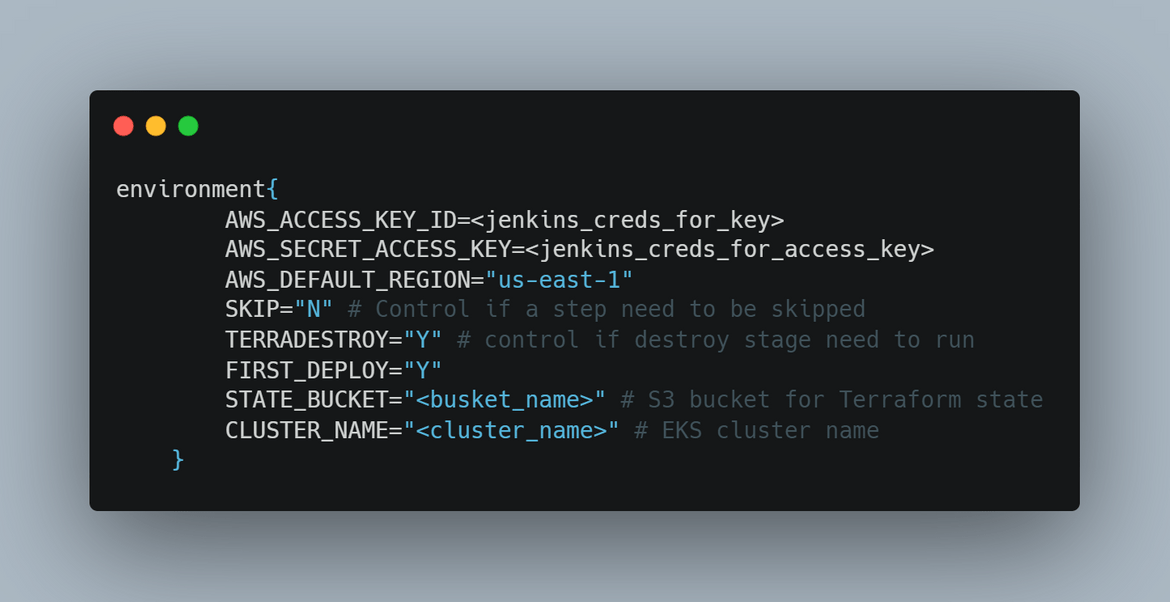 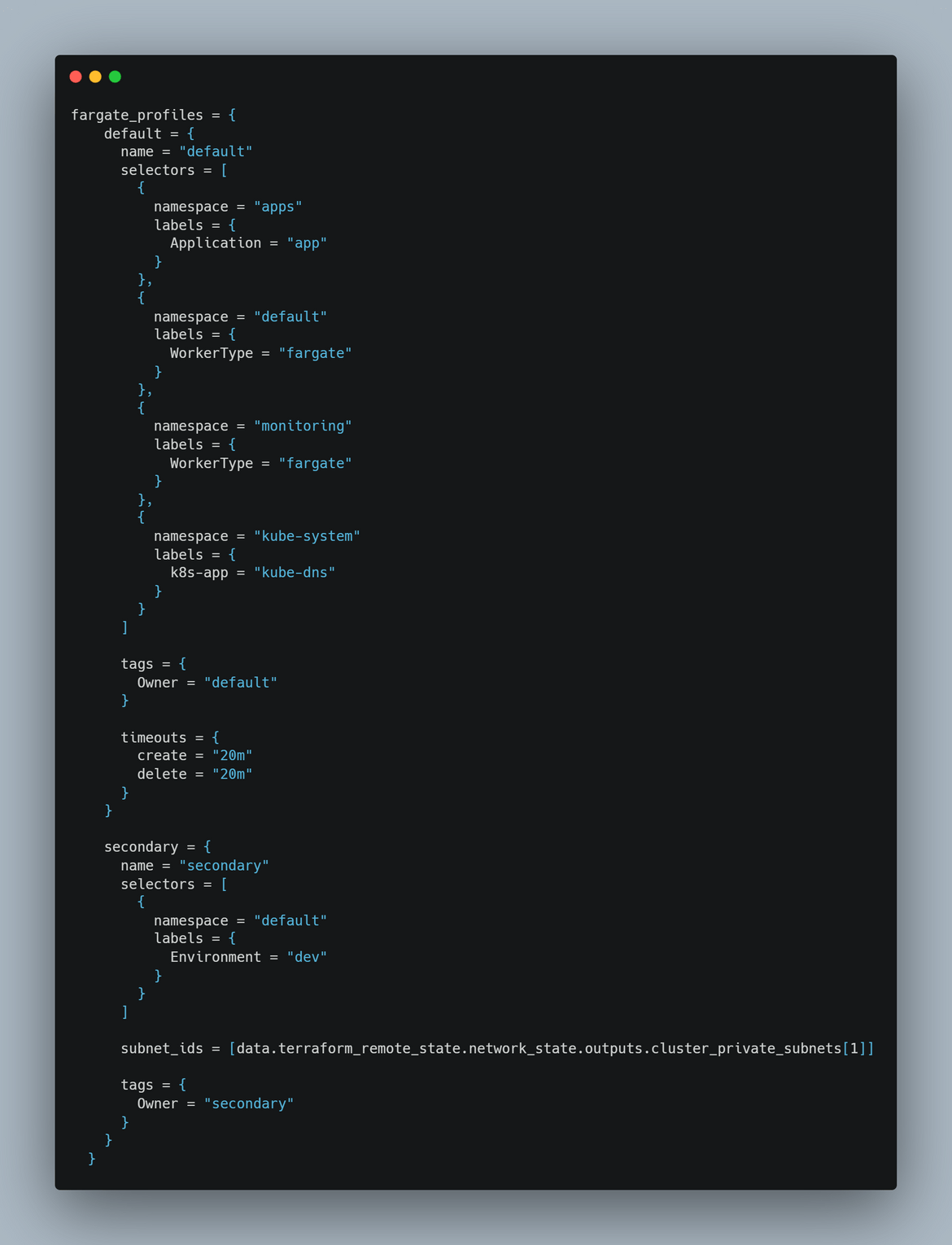 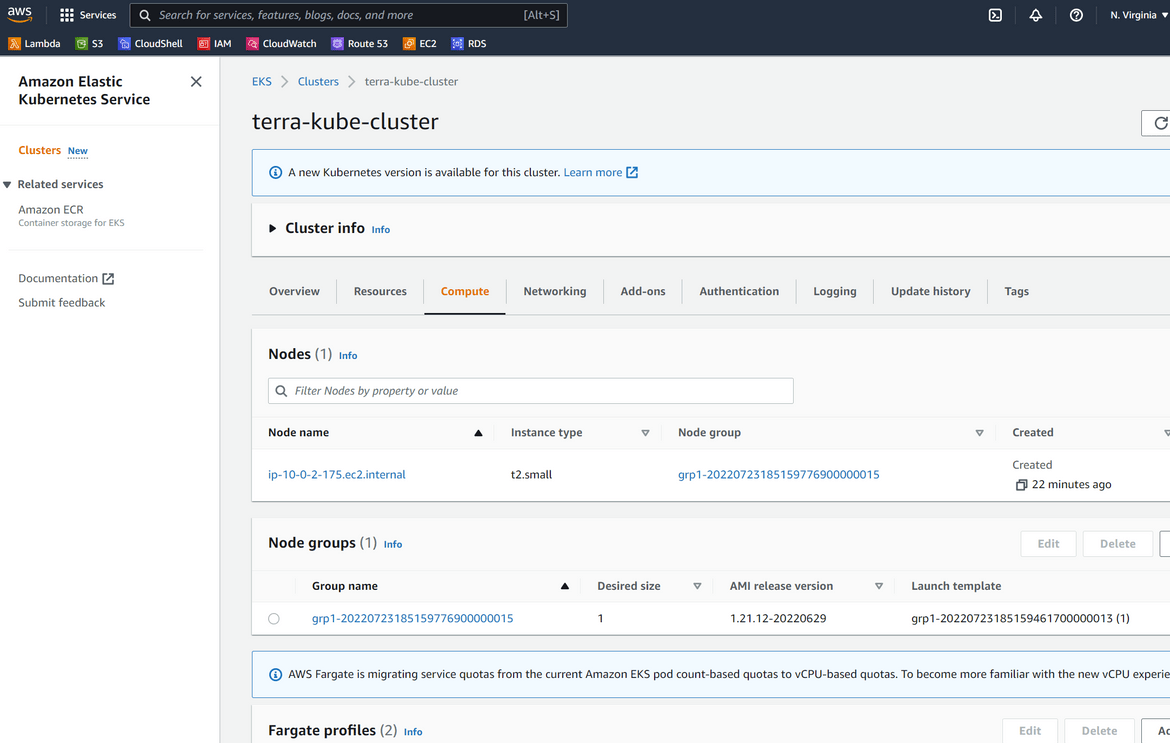 One thing to note here is that I am also launching a non-Fargate node group so that the coredns pods can be scheduled. To run coredns pods on Fargate instances is possible but I will not cover that in this post. 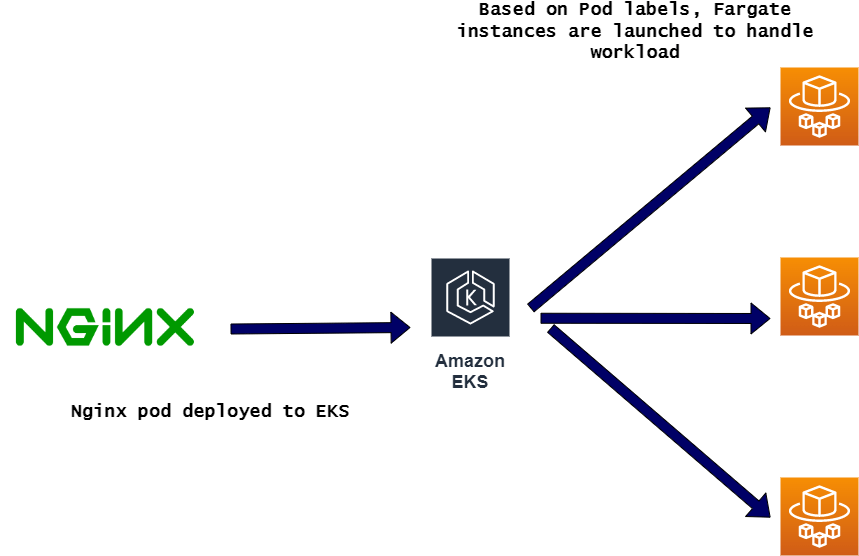 Once the pods start running, the Fargate instances can be seen on the AWS console for EKS:

To test the nodes, run this command from your local terminal. Make sure to configure AWS CLI so it authenticates to correct AWS instance

The sample pod should also be running now on the Fargate instance node:

As last step of this stage, a test kubectl command is executed to ensure the cluster is functioning properly and the nodes are up and running too.

That completes the deployment of the EKS cluster. Once all these script changes are done, push the changes to the Git repo so the pipeline can execute.

Execute the pipeline or the pipeline automatically runs (whatever is configured on Jenkins), once the execution finishes the EKS cluster should be up and running.

The steps explained in the post are very basic way to spin up the cluster and actual Production steps are way more. Some of the improvements I am working on the process are:

I also wanted to point out a resource which I found very useful around Kubernetes strategies. This should definitely help you: Check This

In this post I explained a process to quickly spin up a basic Kubernetes cluster using two methods. You can use any of the methods to easily spin up a cluster of your own. Of course the basic cluster may not be production grade but will serve good for your practice. You can make modifications to the process to launch a Production grade cluster too using this process. Hope I was able to explain the process and it helps in your learning. Let me know if you face any issues or have any questions, by contacting me from the Contact page.

This post is my solution walkthrough for the bonus Acloud guru challenge from the Cloud resume book by Forrest Brazeal. The book can be…

Microsoft Teams is increasing in popularity across many teams nowadays. It has become a primary means of intra team communication for many…