Microsoft Teams is increasing in popularity across many teams nowadays. It has become a primary means of intra team communication for many technology teams. So it becomes useful if operational teams use Microsoft Teams as an alerting mechanism too. It will be useful if these dev or ops teams, who spend a good amount of time on Teams application, also get alerted about any deployed application events, on the same platform.

In this post I will be describing one of the ways to get application level alerts on a Microsoft Teams channel. As AWS is the most popular cloud platform now, I am taking example of sending AWS Cloudwatch alerts as messages to a Teams channel instead of an email.

Before I start the walkthrough, there are some some pre-requisites which are good to have if you want to follow along or want to implement this on your own:

With that out of the way, lets dive into the solution. 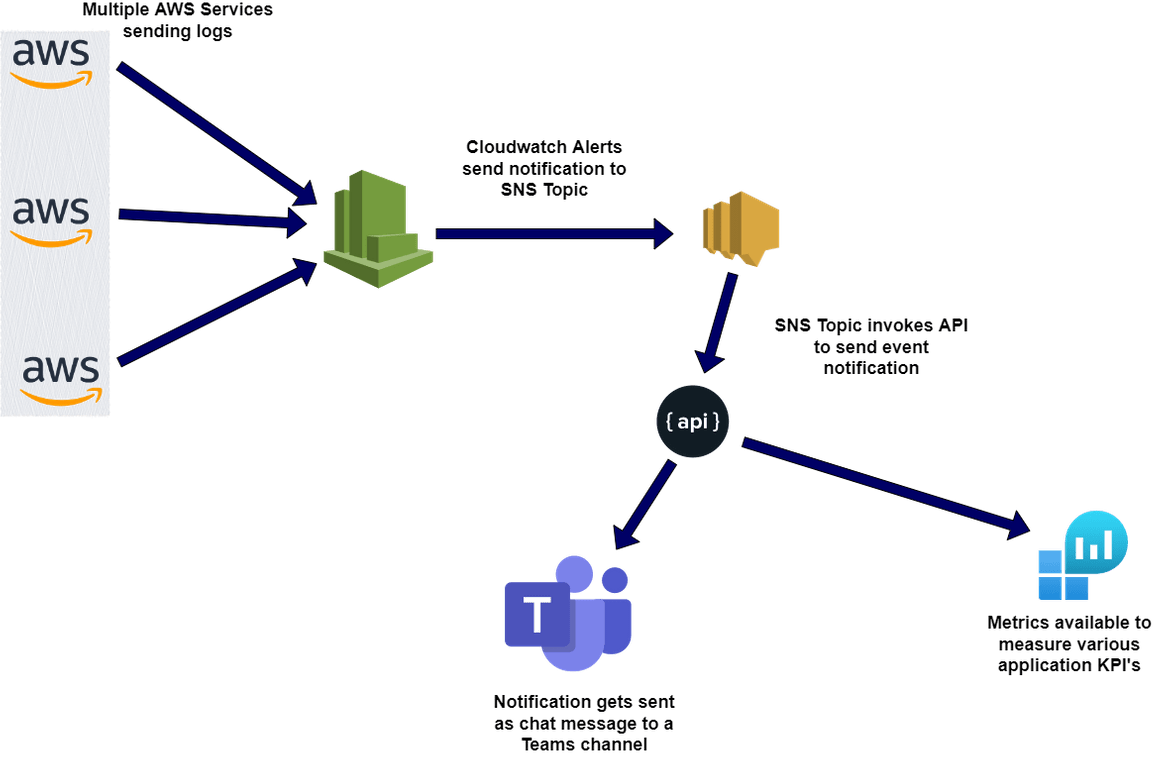 That should cover a high level walkthrough of the process which is followed by this solution.

Now that we have an understanding how it works functionally, lets understand how each of those components are built and connected. Below image shows the overall components of the whole solution. 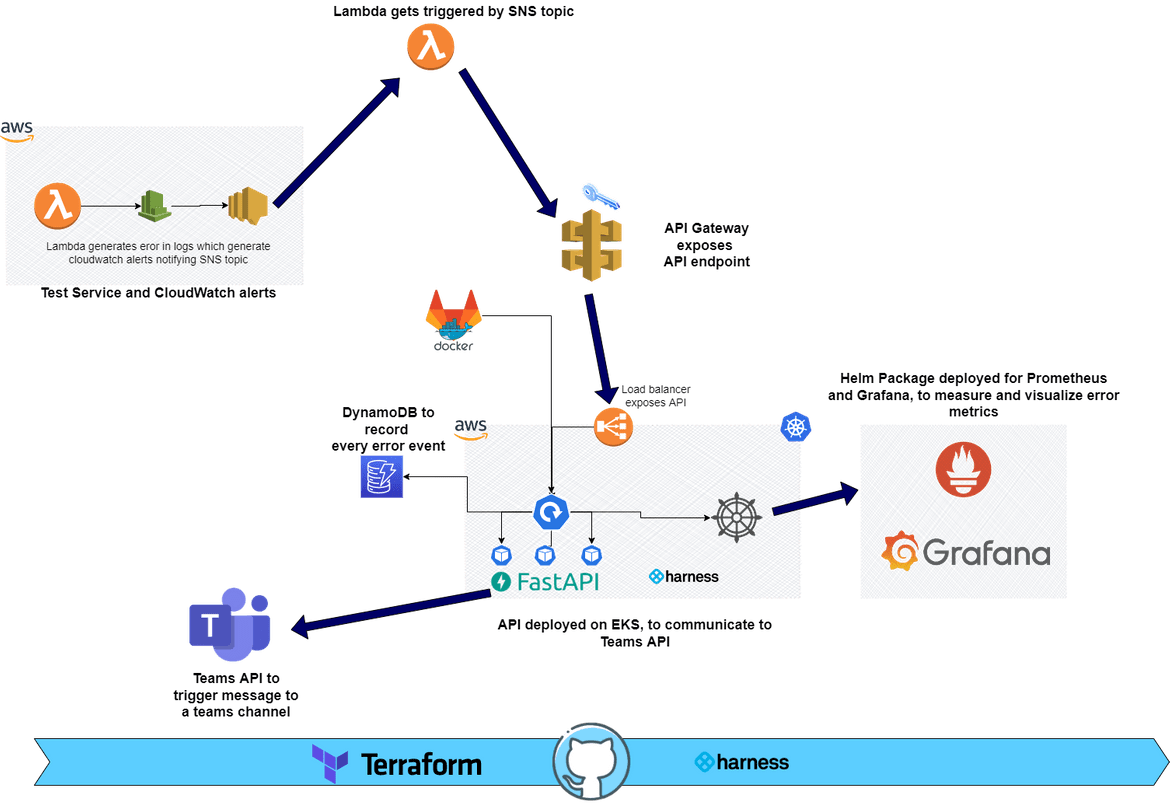 Lets go through each of these in detail.

To test the solution for this blog post, I have created a sample Lambda which logs an error in its logs. This error gets logged in the Cloudwatch logs. A separate log stream gets created for this sample Lambda which starts logging these errors whenever the lambda is ran for testing.

Based on the log content and error keyword, a Cloudwatch metric filter is created and an alarm is created base on the metric filter. The alarm triggers whenever there are ‘error’ keyword found in the log for more than once 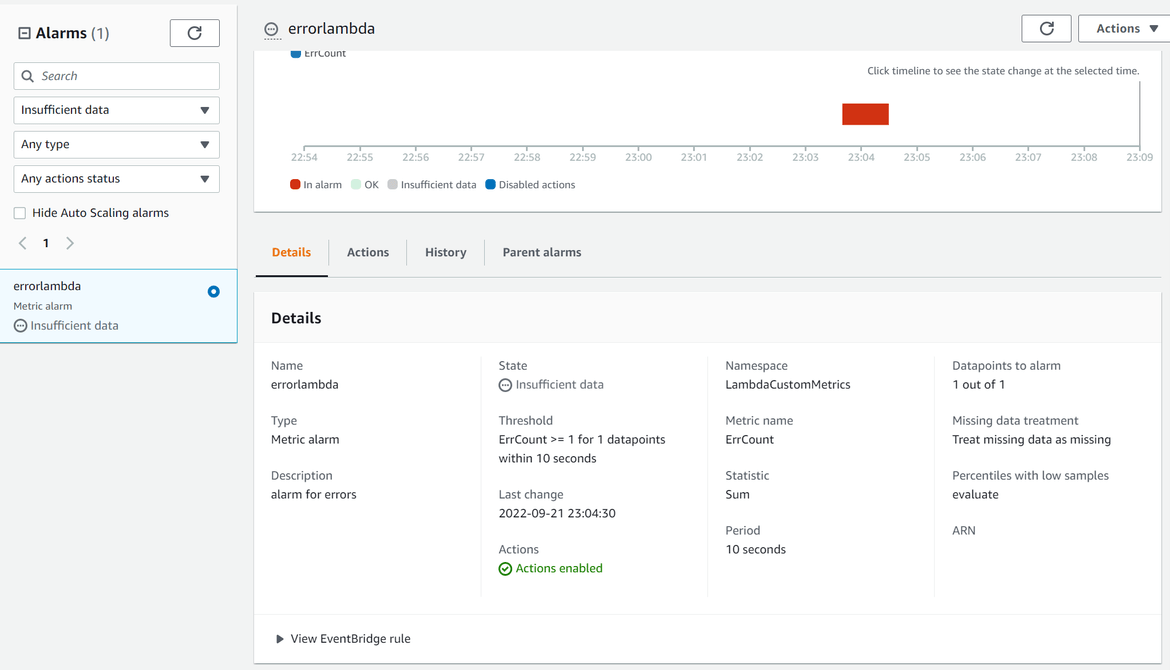 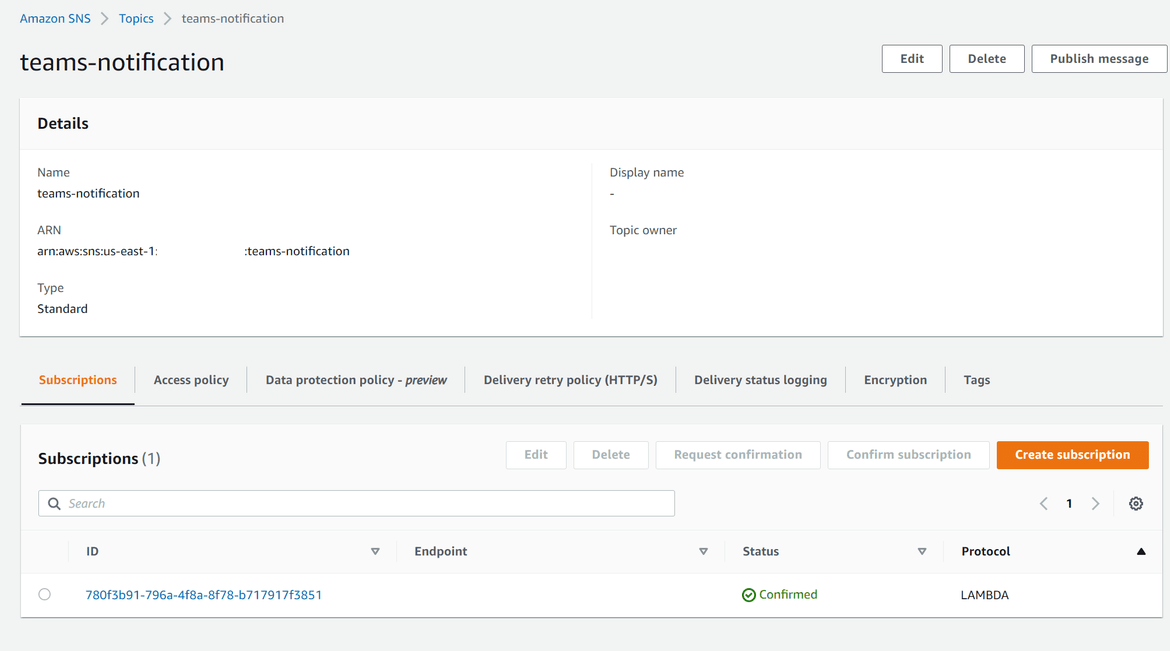 The Lambda itself is developed in Python. It calls the API endpoint for the Microsoft Teams alert API(described below). The API endpoints are passed as environment variables to the Lambda. This gets triggered by the SNS topic and passes the payload from SNS. I wont go through the whole logic of the code. It can be found in the repo (named alarmlambda).

This is a custom API developed using Python and FastAPI framework. This behaves as a wrapper around the API endpoint provided by Microsoft Teams. This APi takes the input payload from the above Lambda and based on some logic calls the Teams API endpoint, to send a message on the Teams channel. Following flow should explain what the API does:

The errors which pass through the API, also get logged to a DynamoDB. To have a metric measure of the error numbers or rates, a Prometheus and Grafana stack is deployed. The Prometheus scrapes the API endpoint to get the error number. This metric can be visualized on Grafana using various visualizations. I have just used this as an example but this can be very well extended to log other metrics to have a proper measure around error counts. The Prometheus and Grafana stack is deployed using Helm for ease of deployment. The endpoints for these two can be found from the Load balancers which gets deployed from the services on the EKS cluster 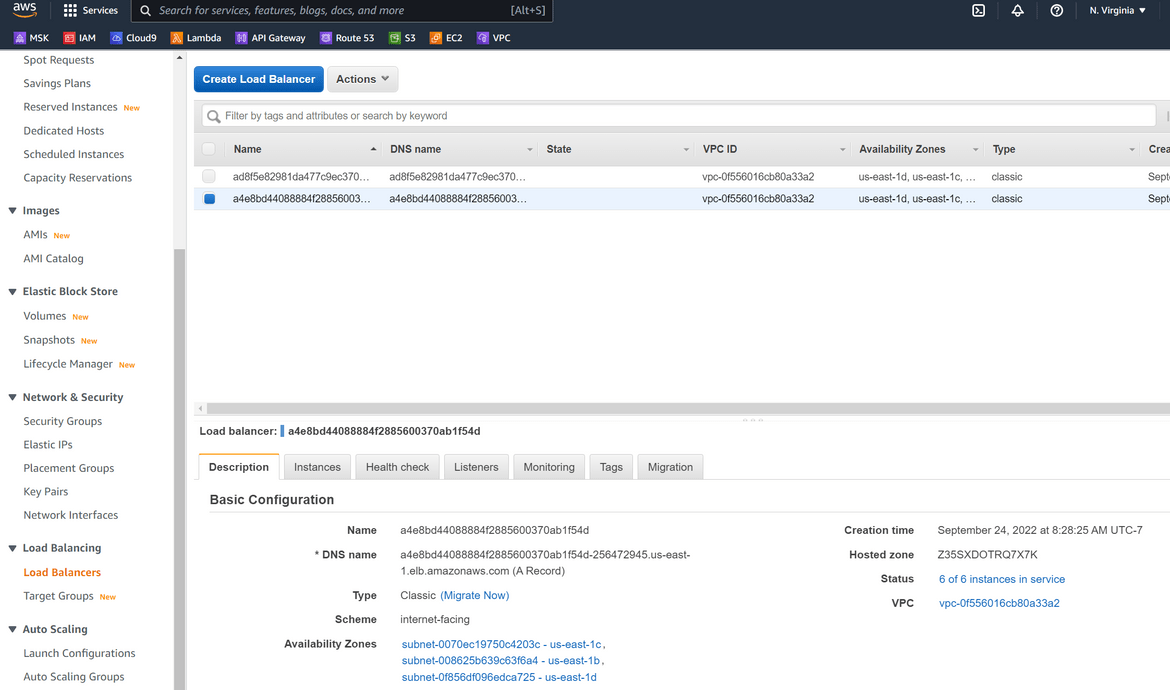 This component is not really deployed as part of the application. This the Microsoft Teams API which is provided out of the box by Microsoft. The API endpoints can be generated from the Teams application. I will cover the process for that below.

The deployment of all of the above components are automated using Github actions and Harness. These two are used for two separate purposes for this application:

Now lets move on to deploying this application.

The deployment of the whole solution can be divided into two parts:

I will cover each of these separately. But first lets see the infrastructure view of what we will be deploying to AWS 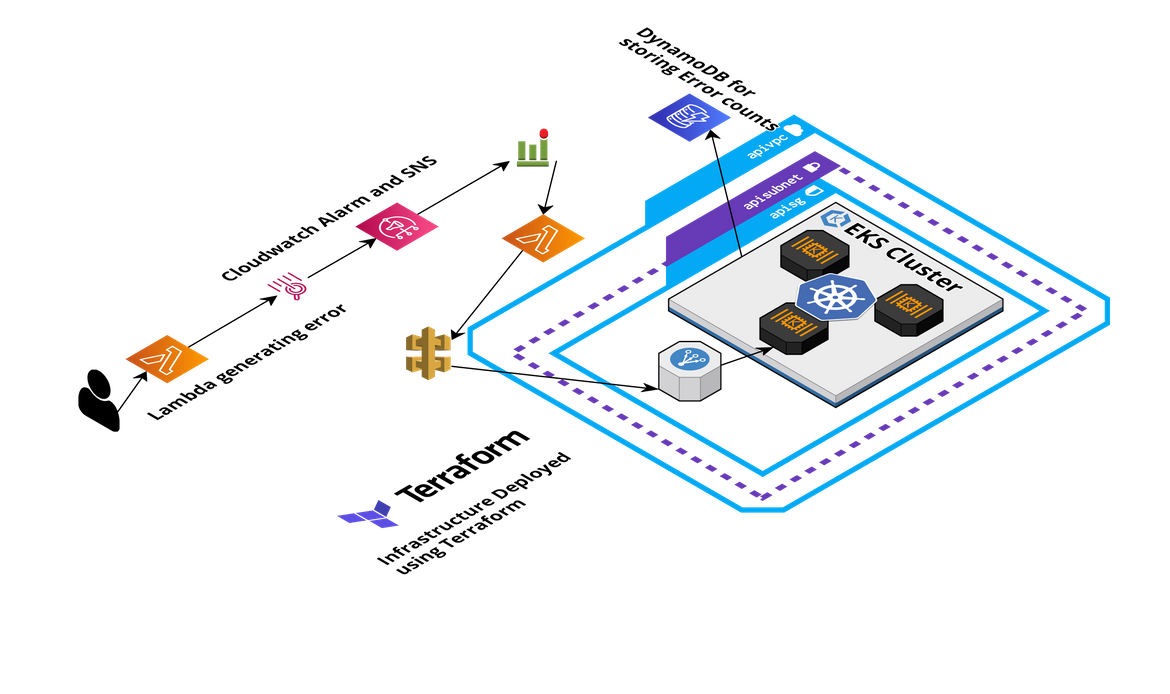 First let me explain the folder structure for my repo if you want to use my repo. 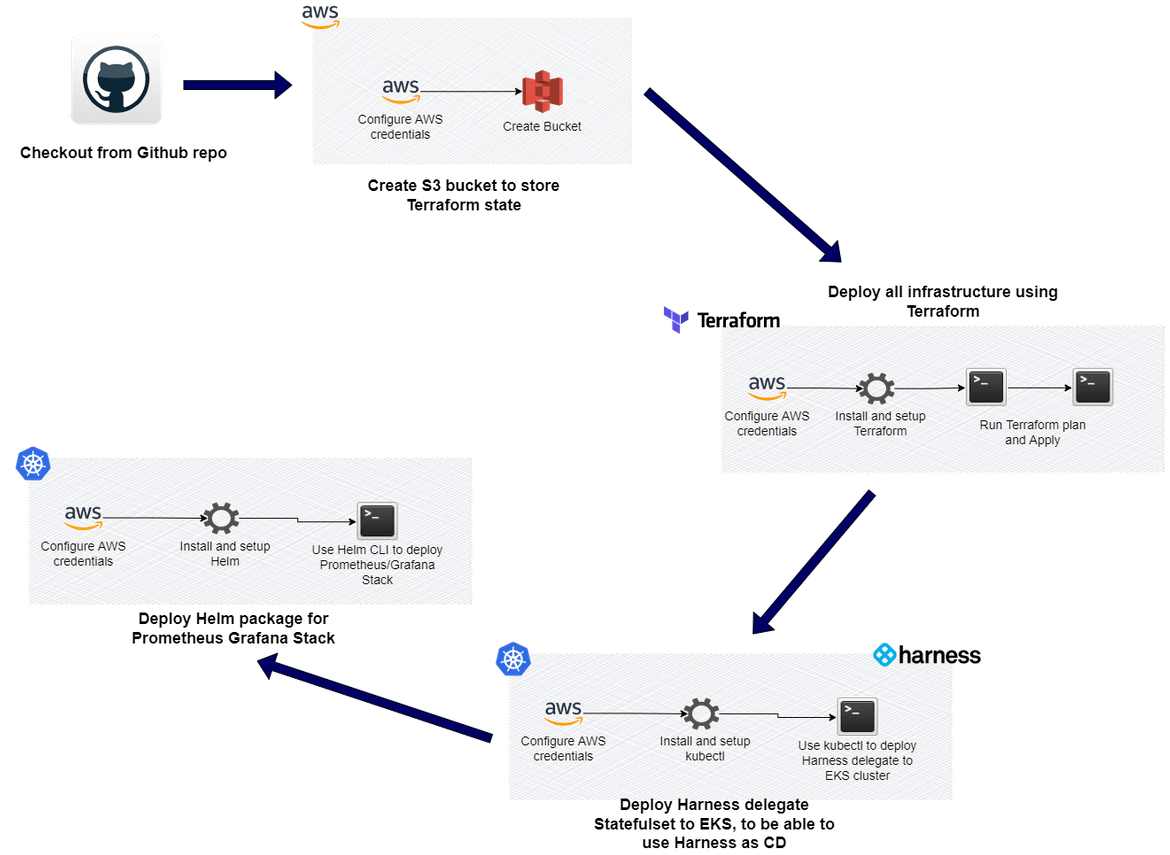 In this stage S3 bucket gets created, which will be used to store the Terraform state. AWS credentials also get configured as part of this stage, to be used to create the bucket. 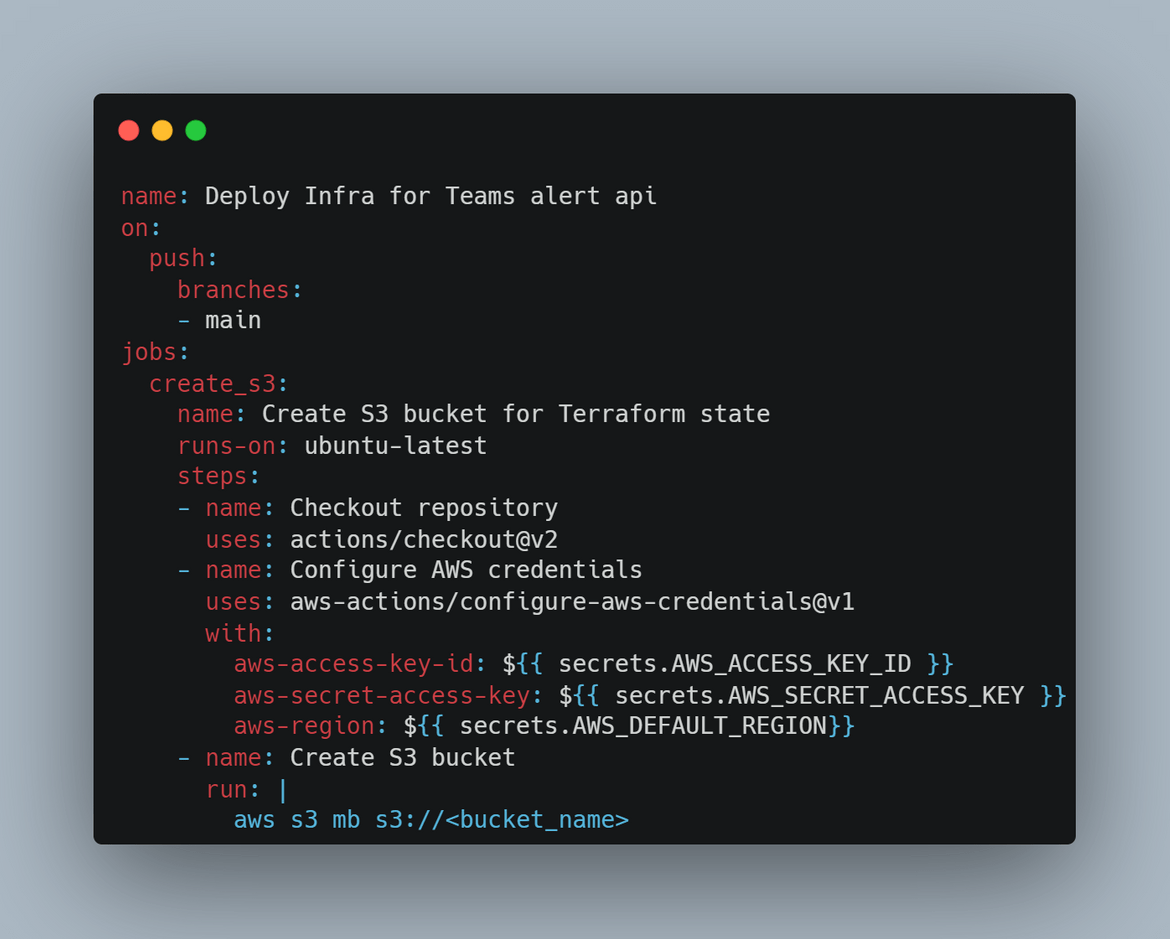 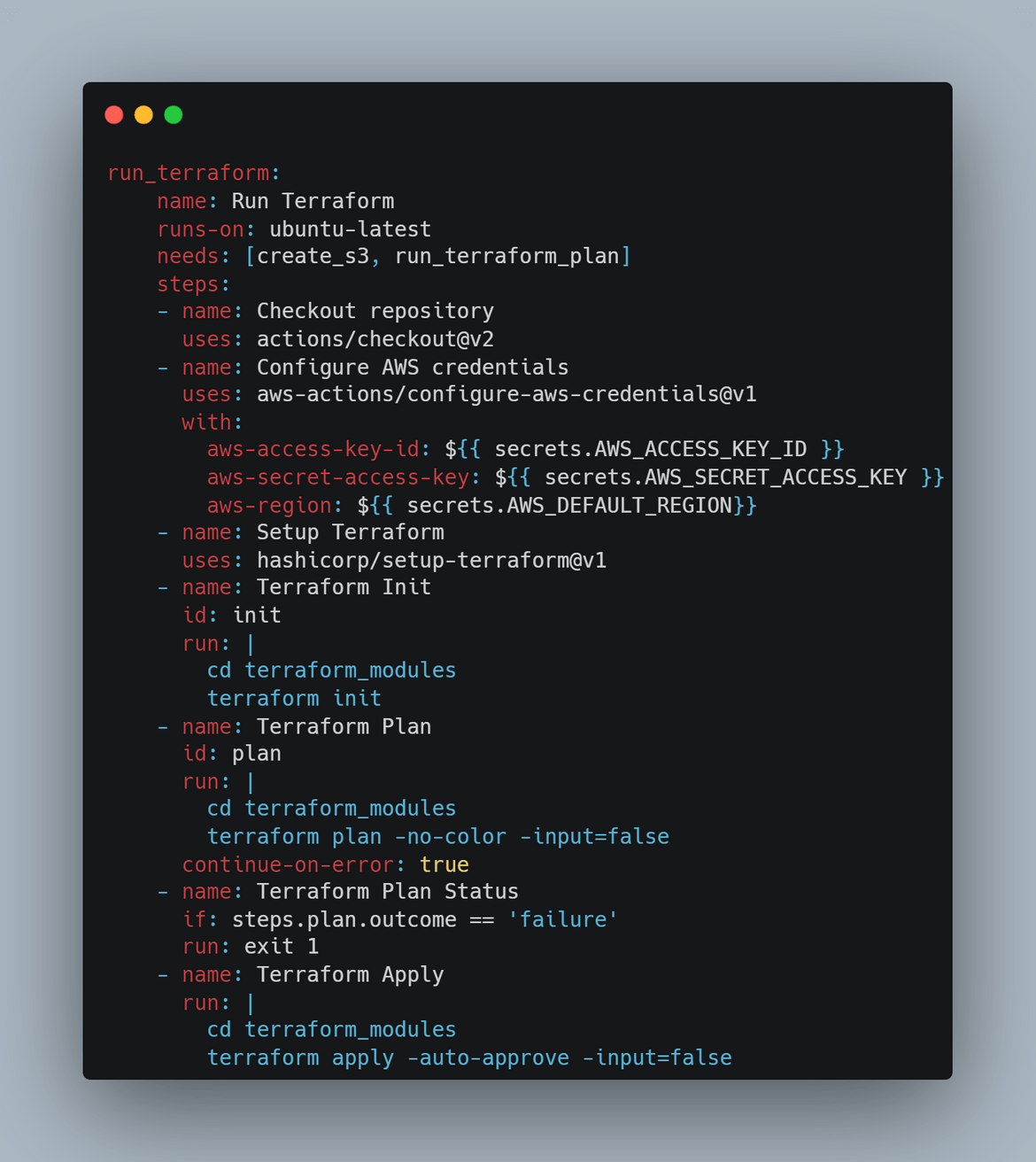 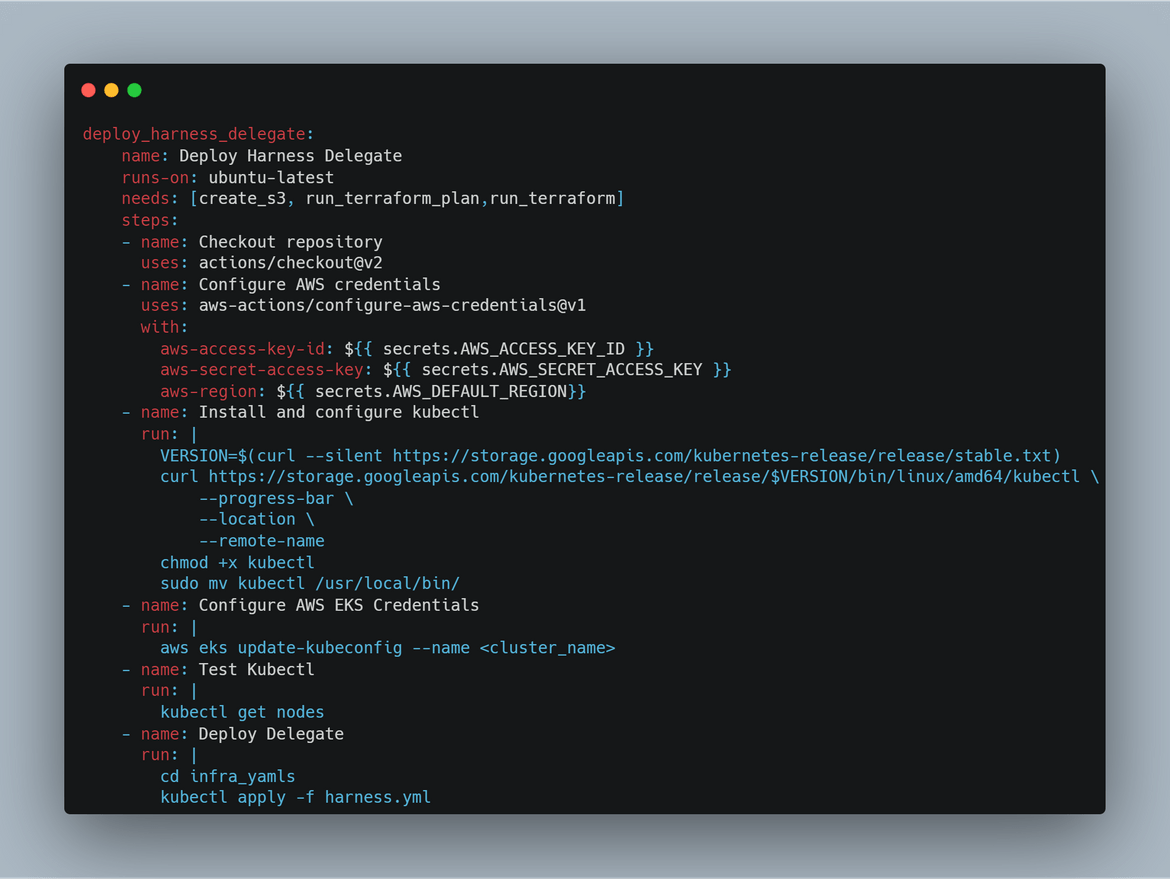 In this stage helm is used to deploy the Prometheus and Grafana stack to the EKS cluster. Custom values are passed to the deployment via a value.yml file which is part of the repo folder. First Helm gets installed on the runner and after configuring AWS credentials, it runs the helm command to install the stack. It also deploys the service to expose the Grafana and Prometheus endpoints via Load balancer services. 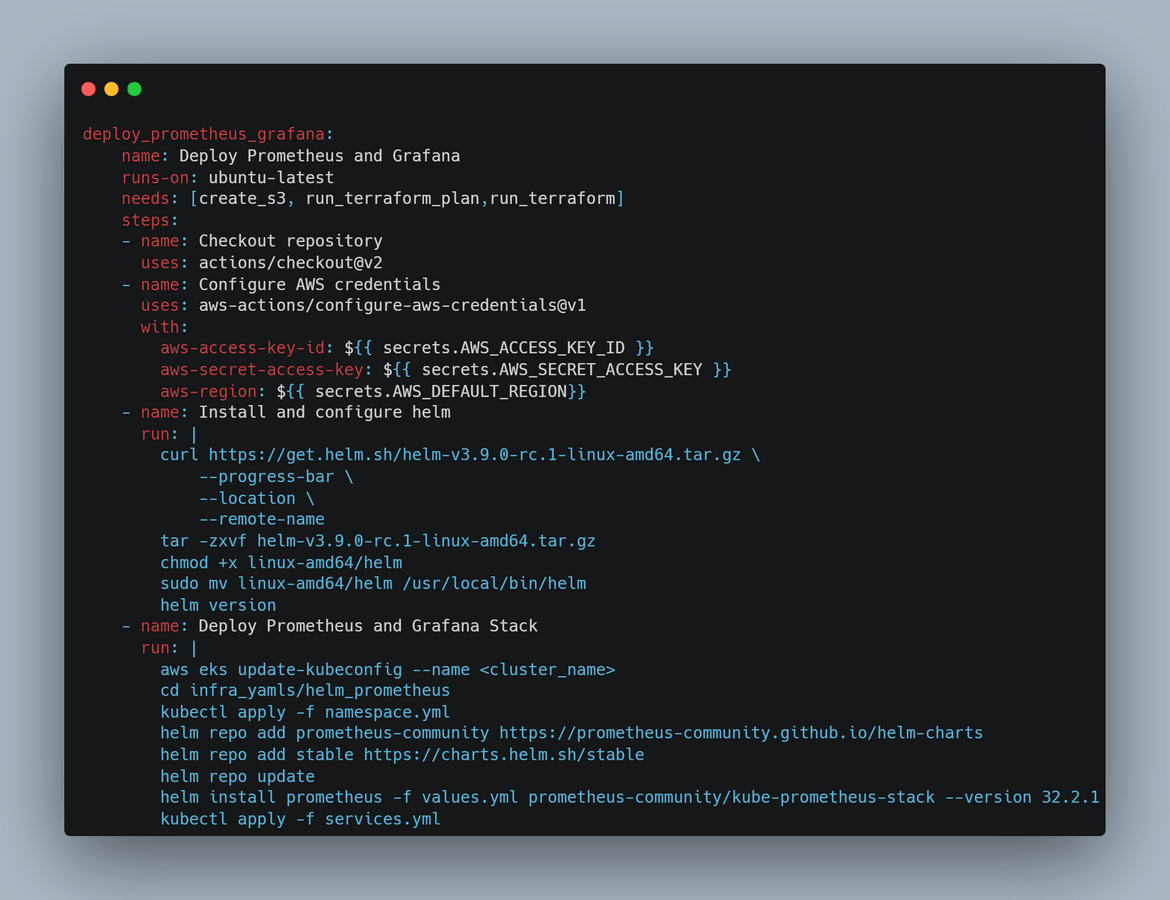 For setting up the Github actions itself, there are no separate steps as such, but high level this can be followed:

Once the workflow completes running, we should have a running EKS cluster on AWS. Login to AWS to check the cluster 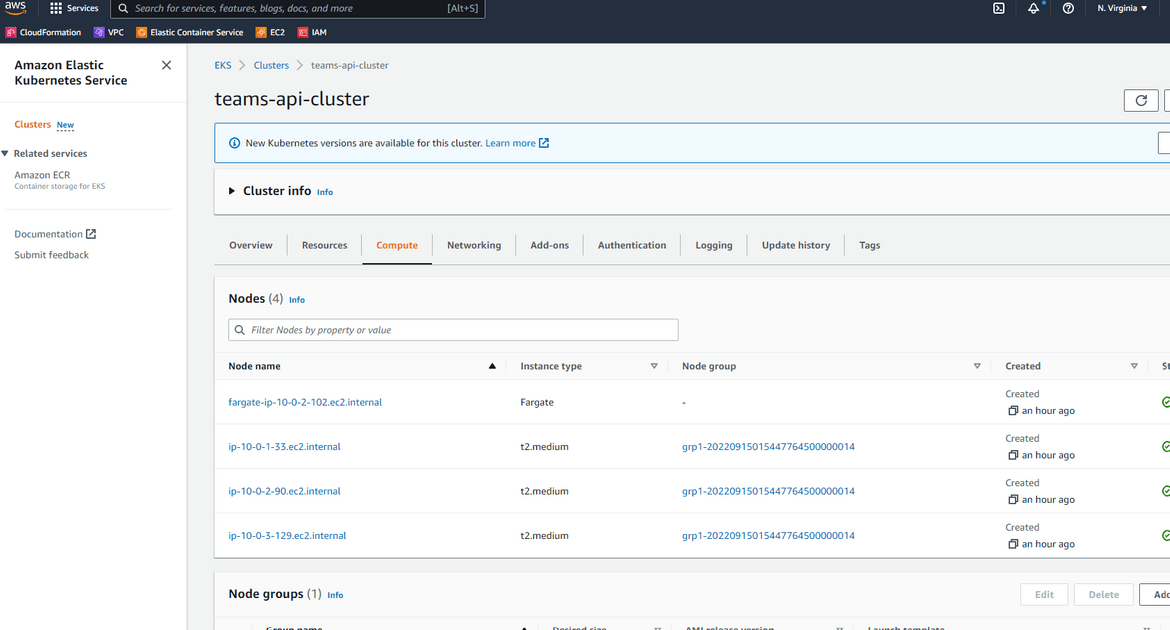 Now that we have the infrastructure, we can move to deploying the application. The application is basically the API wrapper which will be calling the Teams API. The API is developed using Fast API framework and will be deployed as a deployment to the EKS cluster. But before we can deploy, we will need to have a registry which will hold the Docker images for the API. Iam using a free container registry provided by Gitlab. It is a private registry which comes as part of Gitlab projects. You can use your own private registry to store the images. if you want to use Gitlab, follow these steps to create a container registry:

The application deployment is split into two flows. One is to build the image and the other is to deploy the api to the cluster. Below image will show this flow 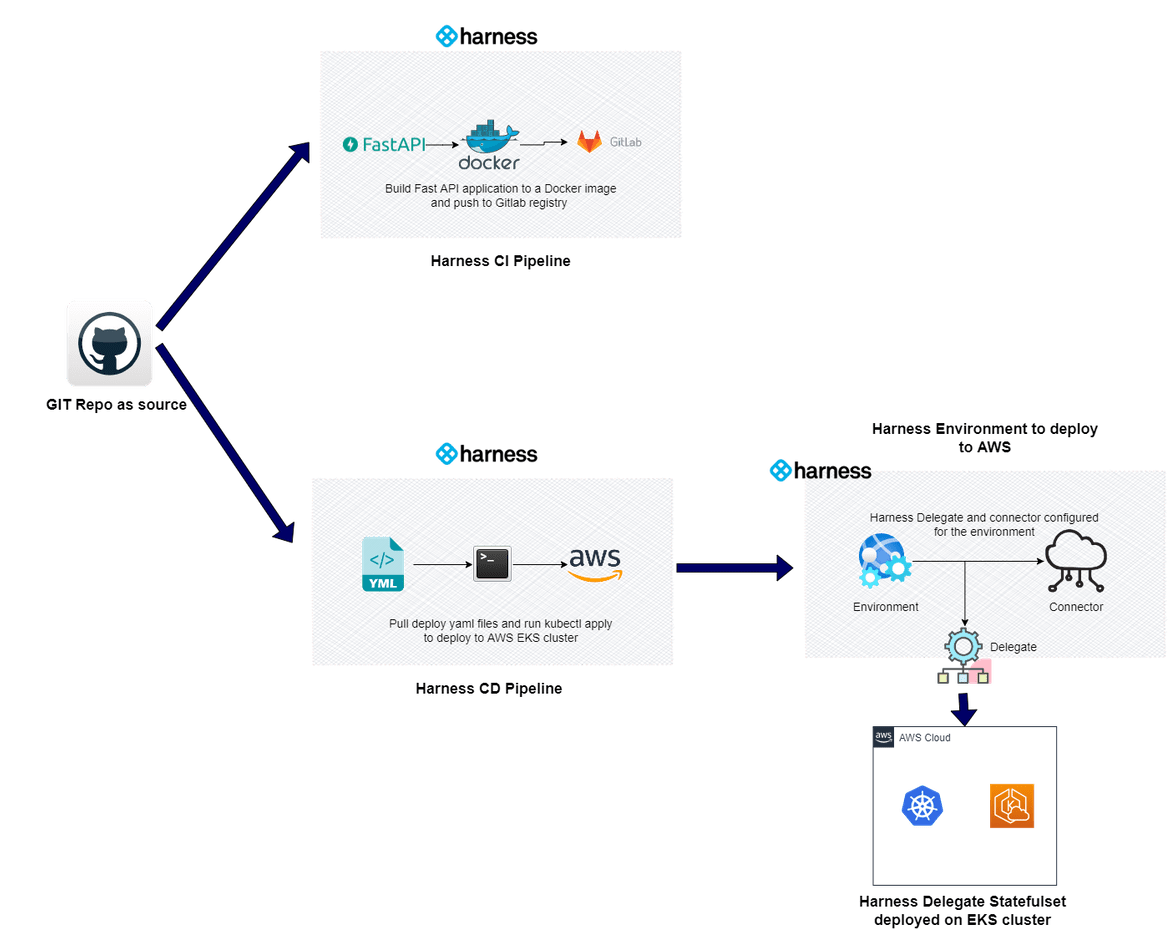 Both of the above flows are defined as separate pipelines in harness.

In this pipeline the application gets build to a Docker image. The Harness CI Pipeline builds the Docker image by checking out the code from repo and then pushes the built image to the Gitlab private repository with specific tag.

The Dockerfile is defined in the code folder based on which the image gets built.

To be able to connect to Microsoft Teams, we will need the endpoint for Teams API. This endpoint will be passed as environment variable to the API deployed on the EKS cluster. To generate the API endpoint, open the Teams app and navigate to the specific Teams where the channel resides.

Setup Harness for Build and Deploy

An important part of deploying this API is setting up Harness so it can be used to perform the build and deploy to the EKS cluster. There are lot of documentation available around usage of Harness and can be found here, so I am going through some of the steps at very high level for you to understand the minimal setup to get Harness up and running. To use harness, I will suggest to get a free account first at the Harness website here. Lets go through the steps to setup the pipelines on Harness.

After logging in to Harness, first step will be to create a new Project. A new project is created to host al pipelines needed 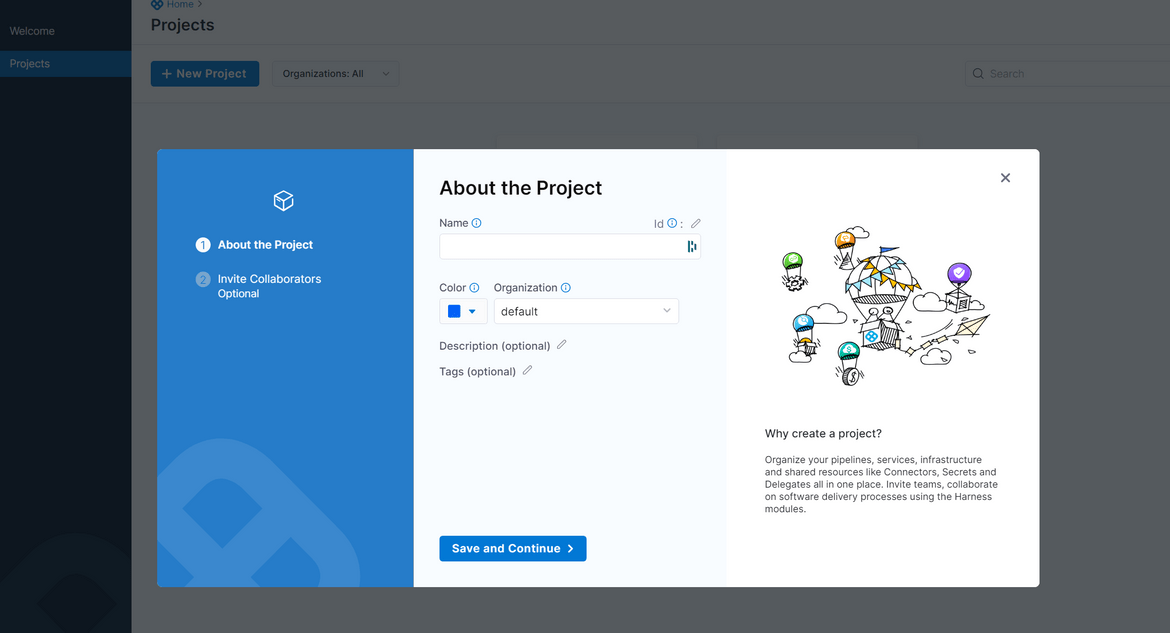 Navigate to the Delegates tab from the Project setup menu on left. A new delegate needs to be created. Click on the New button to start creating a new one. Follow on screen options to match your requirements. I have selected Delegate to run on Kubernetes cluster. Once all options are selected, it will provide you with he Yaml file to be deployed to the Kubernetes cluster. 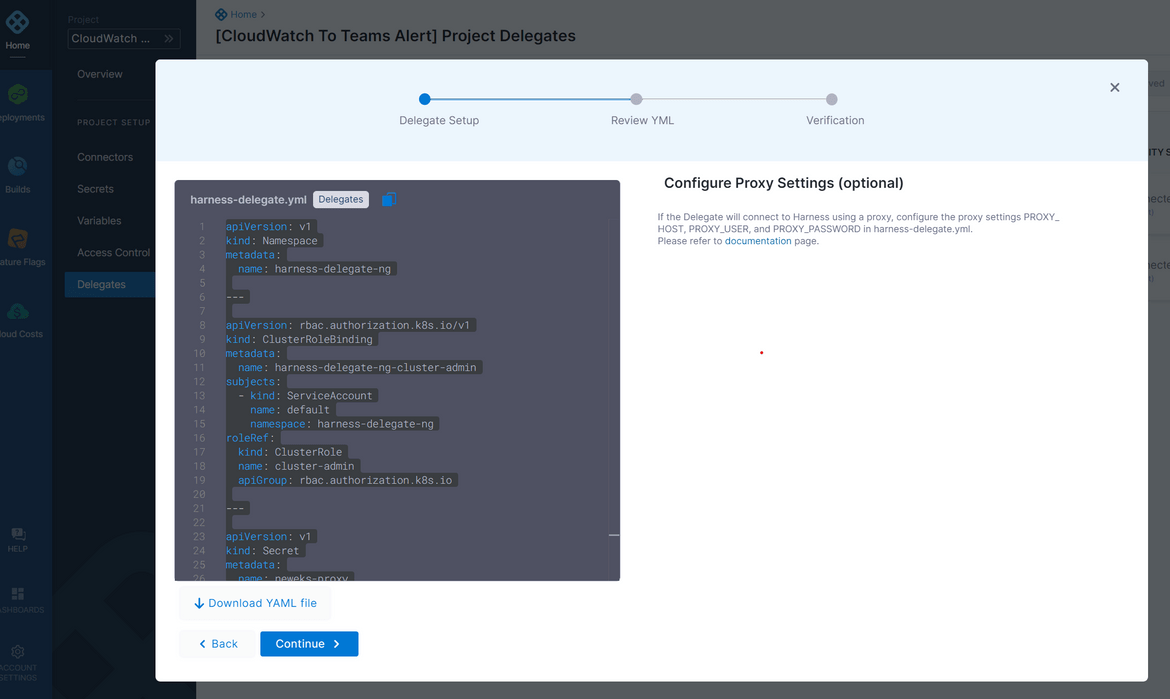 Also the delegate on Harness console, shows a connected status, confirming successful connection between Harness and the EKS cluster

Follow the on screen prompts to select settings as needed. Select the Delegate option for the credentials. 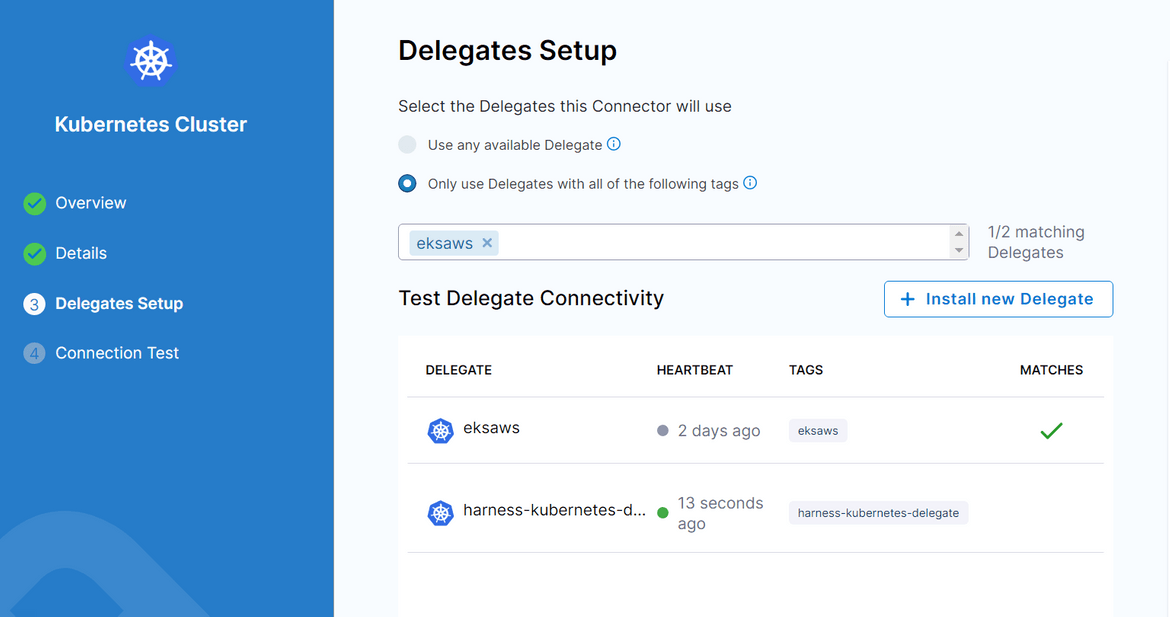 Once done, save the connector. It should show a successful connection to the cluster if the delegate is in healthy state 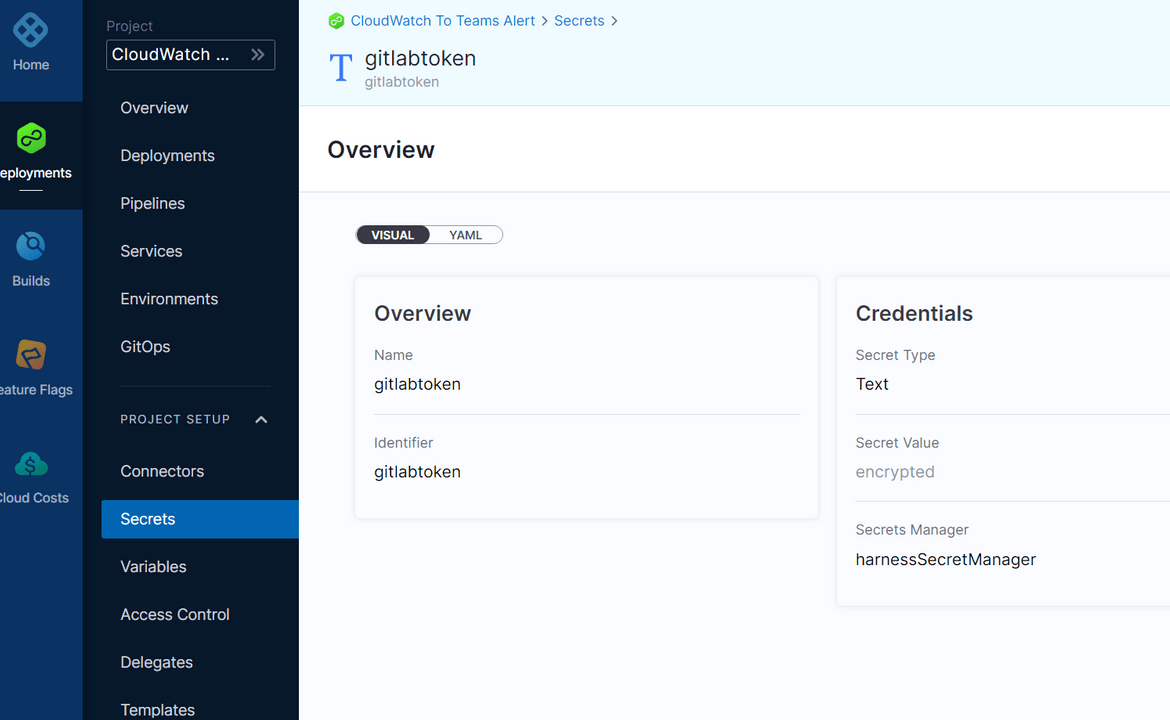 First we will setup the CI pipeline, which will build the image for the API. To setup the pipeline, first navigate to the Pipelines tab of the sidebar menu.

Now we have a built image which we can deploy via the CD pipeline.

Lets now build the deployment pipeline. To start creating the pipeline, click on the Pipelines tab and click new button 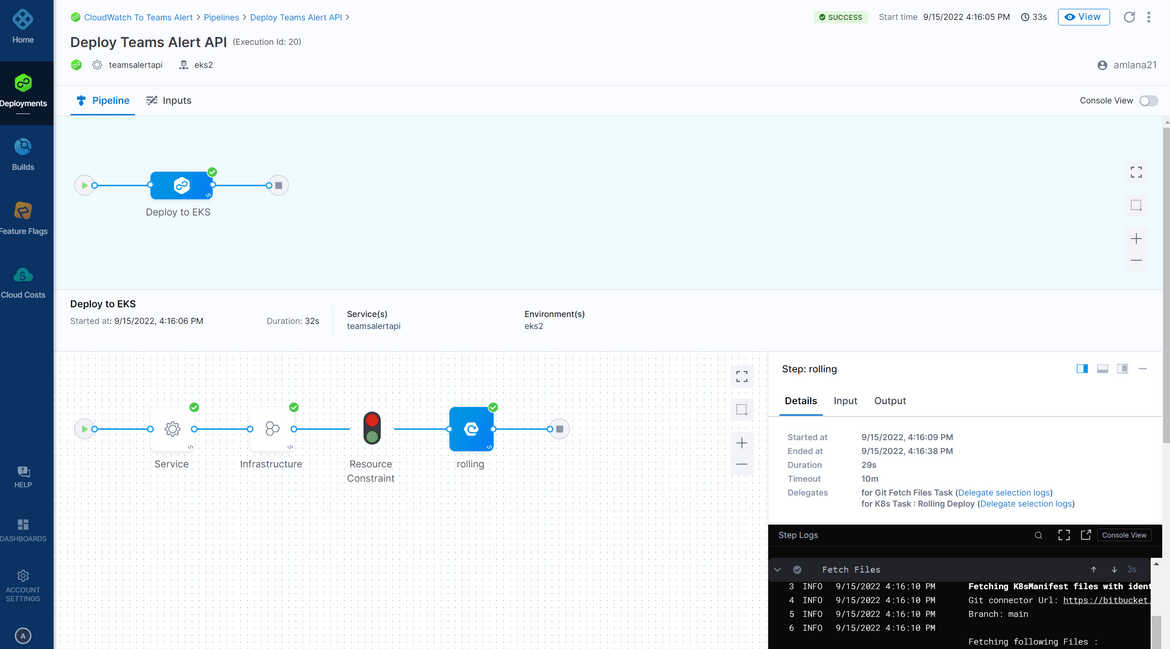 To verify the deployment, use kubectl to check the pods. Login to the EKS cluster and run the command to see the pods being deployed. 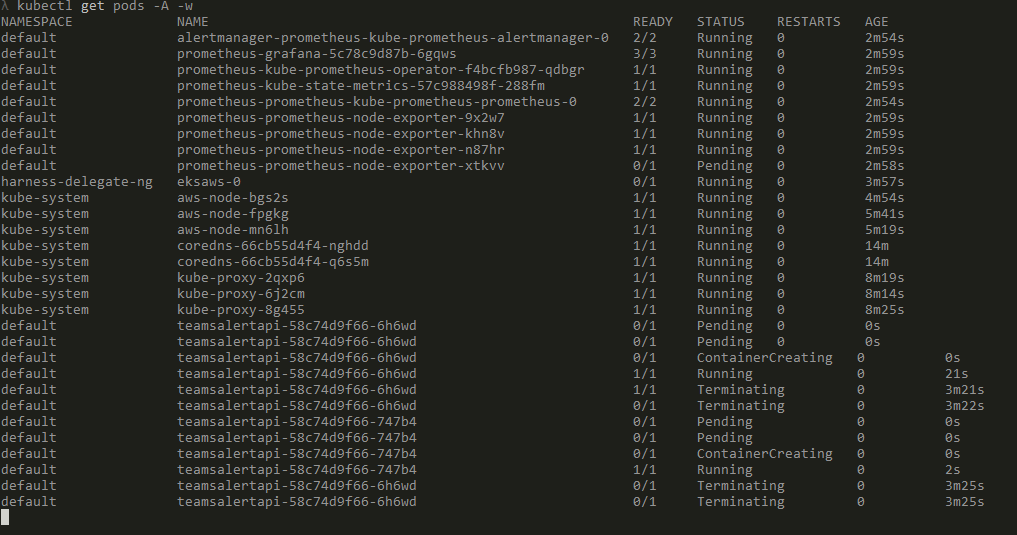 Once the pods successfully run, get the API endpoint from the API gateway which was created. This will be API endpoint to be used to call the API. This endpoint is passed to the Lambda as the environment variable. 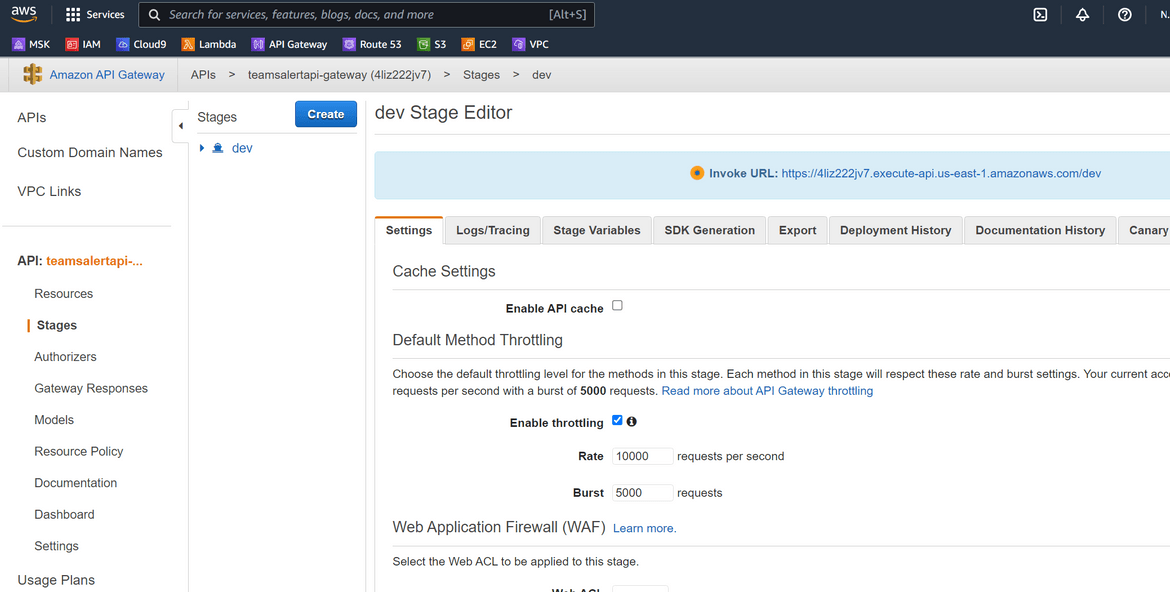 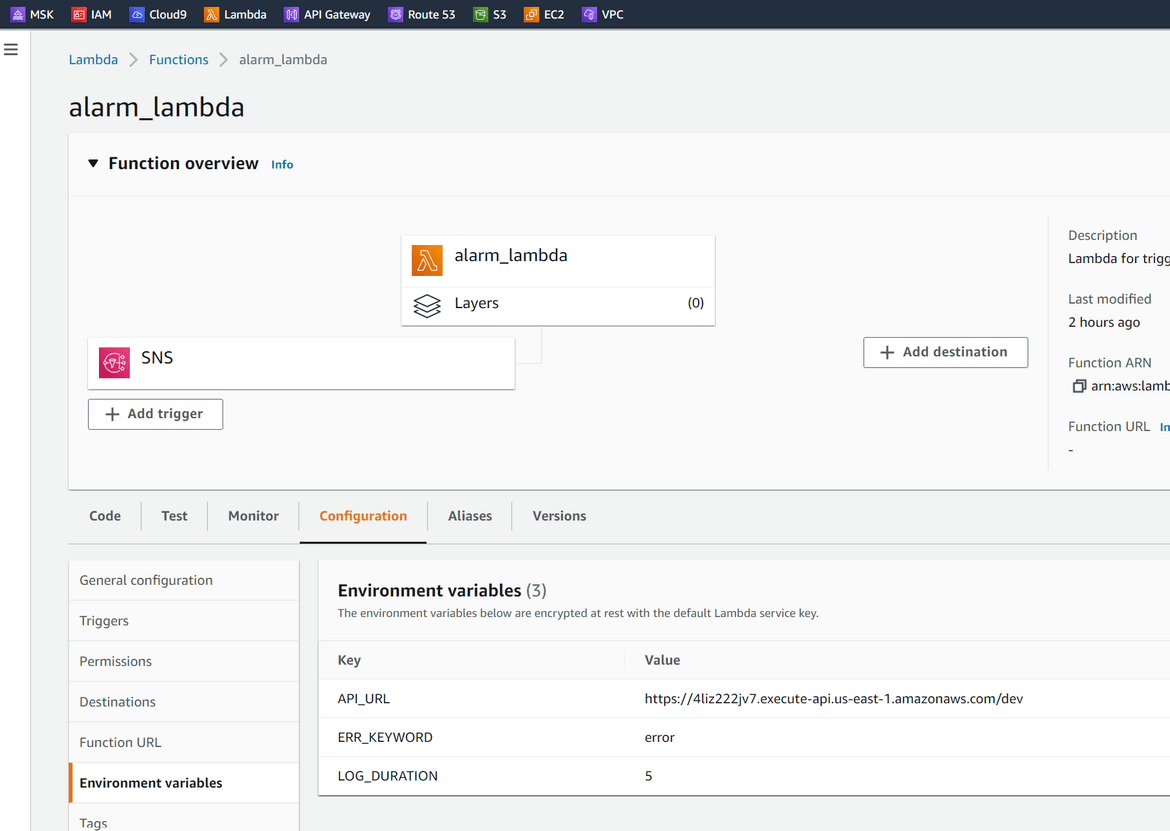 Now we have our deployment completed. Lets do some test runs and view the alert messages being sent to the Teams channel. I have created a video showing this in action. The video can be found here . Once the Teams message get sent, the error also gets saved to the Dynamodb table for the metrics 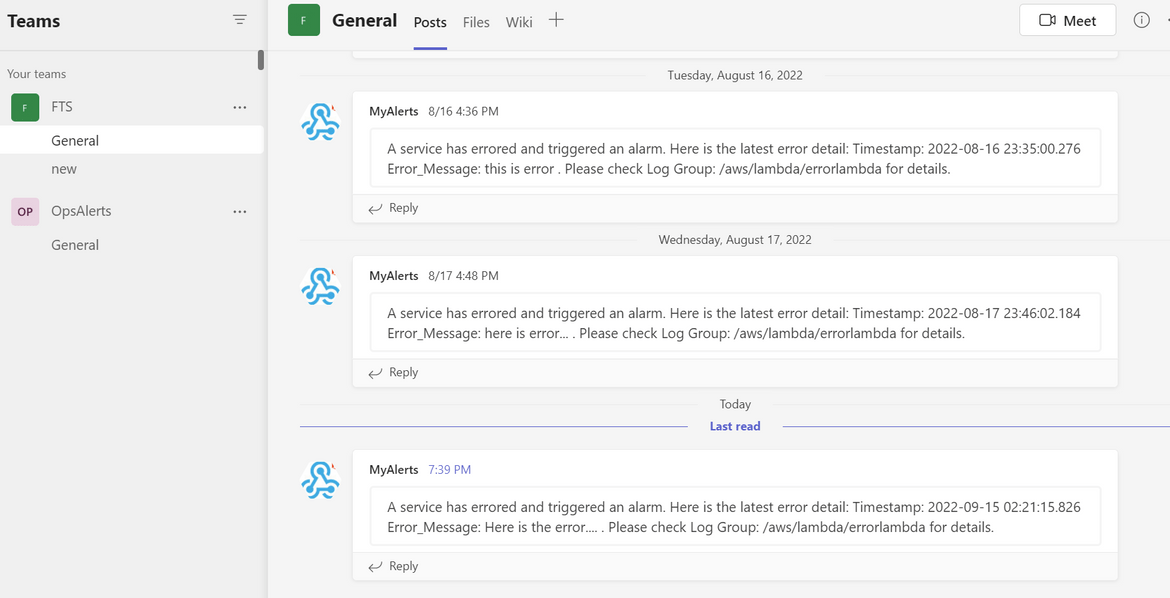 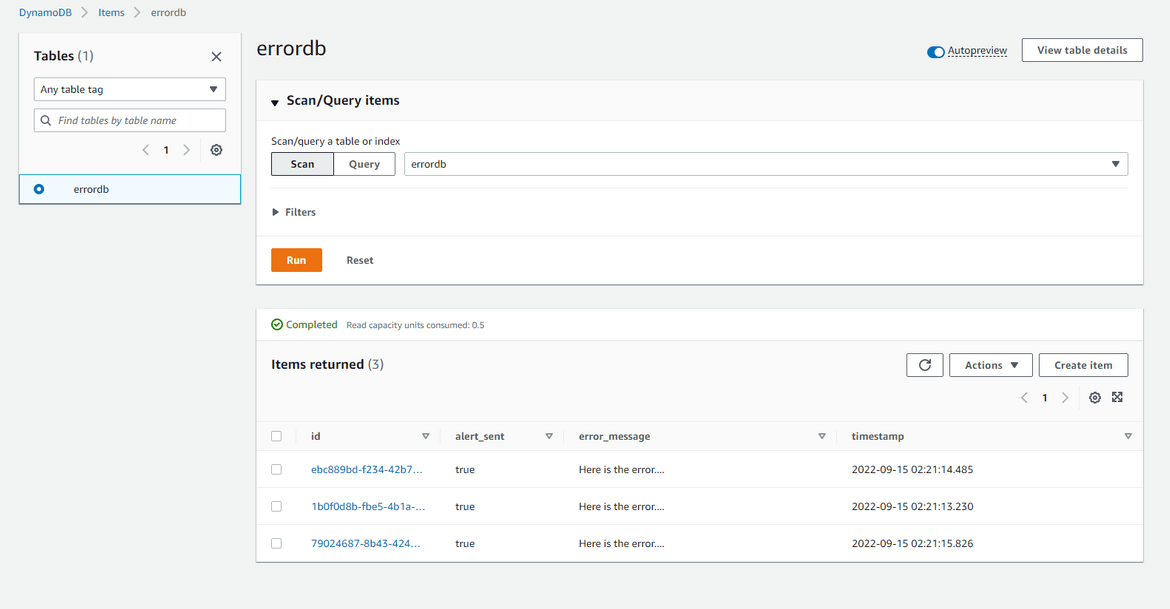 Lets check some metrics around the errors. We already have the Prometheus and Grafana instances deployed to the cluster. Get the URLs from the load balancers which were deployed while deploying the Prometheus and Grafana to open the applications. The Grafana login was defined in the values.yml file and the username is admin. Use that to login. We can check the error metrics on Prometheus

I have included a sample dashboard export in the repo which you can import and use on your own Grafana instance.

The example I showed in this post is a very basic implementation of the solution. There is much scope for improving the solution around security and scalability. Some of the ideas which I am working next are:

In this post I explained my solution of sending Cloudwatch alerts to a Microsoft Teams channel, for ease of access by the teams. I think its very useful to be able to alert different teams on specific events happening on an application. Hope this solution can help you structure your alerting mechanism or just help you learn more about deploying to EKS. For any questions or issues please contact me from the contact page.

While I was in the initial stages of learning Kubernetes, I always struggled to get a quick Kubernetes cluster to work on my practice labs…

Azure has quickly become one of the leading cloud providers in the market now. So I started having deep dives in learning about Azure…