Python has become a very famous programming language in recent times. Part of the reason for its popularity is that Python also has a Web framework which enables us to develop WEB API’s and Web Apps. Flask is a very lightweight web framework and very easy to deploy via multiple ways.

One of the useful functionality which can be implemented using Flask is build and host a REST API. Using Flask and a backend database, an API interface can be easily materialized and the data from the database can be accessed over the API endpoints. The API endpoints can be invoked by a client web application to operate on the data from the database. It provides a secure interface for the client web app to access backend data. Using API endpoints for different services is also a very useful design pattern for applications which use microservice architecture.

In this post I will be going through process to deploy a simple REST API implemented in Flask. There are various ways by which we can deploy and make the API available over the web. Here I will be discussing two ways yo deploy a Flask API:

The full code base is available on my Github repo: Here

There are few Pre-requisites which are needed to be able to follow through and deploy the REST API:

What is REST API

REST is acronym for REpresentational State Transfer. It is a design style to architect systems which follow decoupled patterns. Main principle it follows is the client-server pattern. A client web app communicates with the API endpoints to work on some data and then display the data on client side. API gives a way for the client to access the backend data in a secure way.
There are ways to implement REST API in different coding languages like NodeJS, Flask (Python) and a very common design pattern for modern apps. Here I will we describing how you can implement REST API using Python and Flask.

I will be going through two ways to deploy the Flask REST API. Both of them are equally useful but the difference is just that one of them follow the Serverless pattern and no servers are needed for that. Both of these paths are widely used in many applications. You should be able t use either of these to deploy your own API. This graphic sums up the overall architecture. 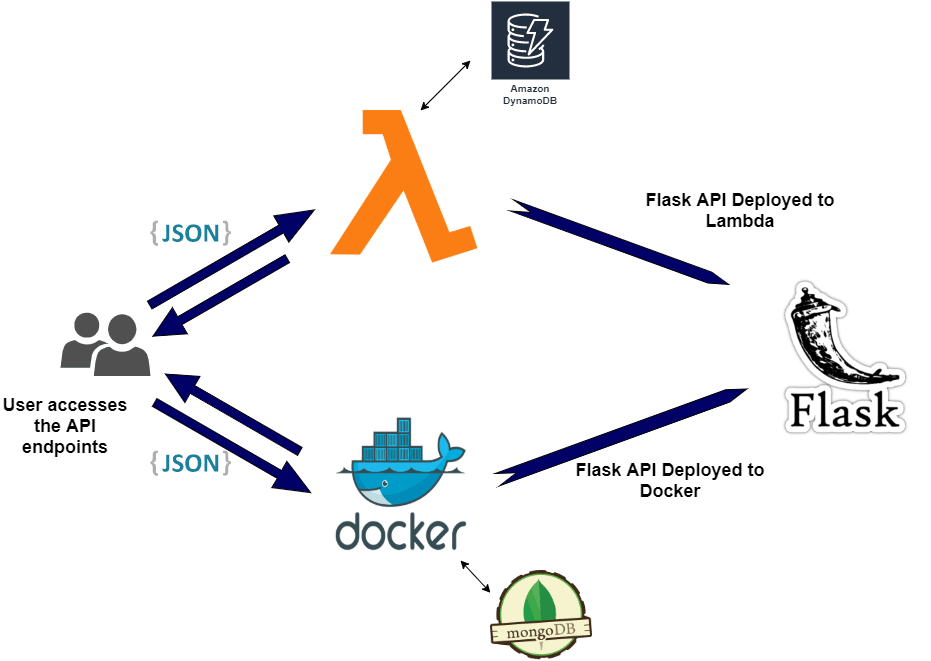 Lets go through each of the methods to understand how we can stand up our own API using Python. 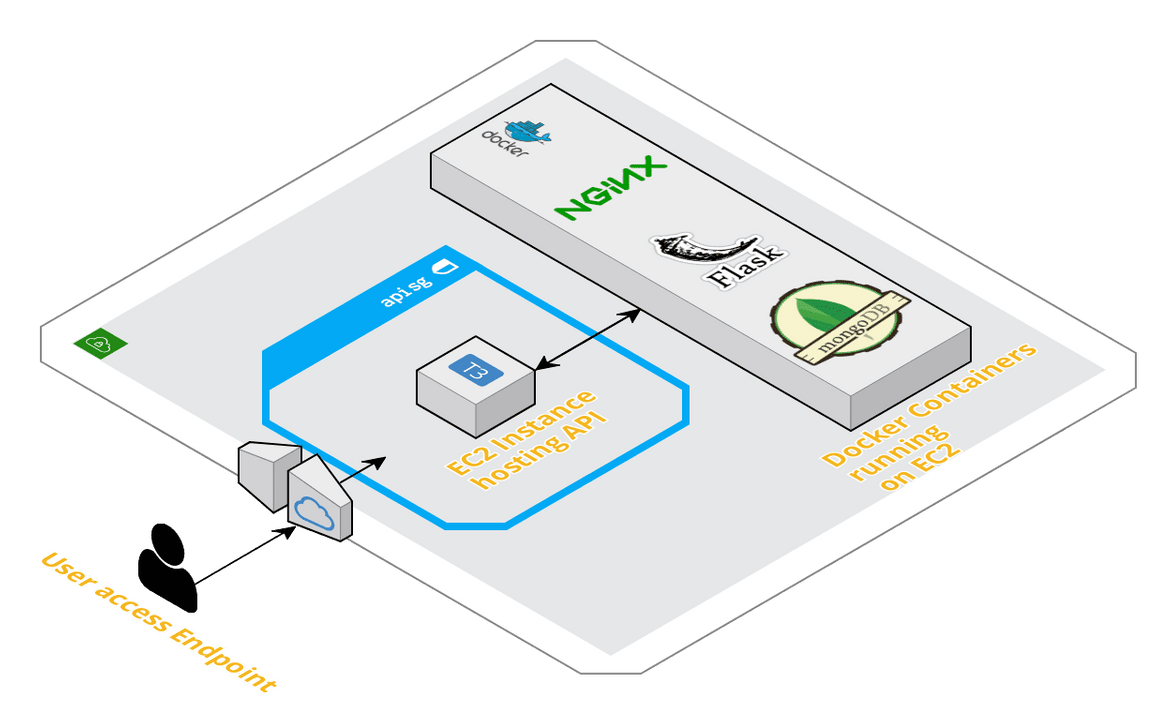 As a part of the deployment we will be launching below services on Docker:

Details about the API

The app which we will be using here as an example is a Flask App. The app consists of a single endpoint which when invoked, will respond with user data from the backend database. The code can be found in the Github Repo. It uses PyMongo Python module to connect with the Mongo database. To test the API locally, clone my Github repo and navigate in the flask_app folder. Run the below command to start up the Flask App and serve locally. If you do not have any Mongo DB setup, accessing the API endpoint will give an error since there is no backend to connect to. We will fix that with the deployment.

Lets go through the deployment steps. We will be launching three services as Docker containers as part of the deployment. I have created custom Dockerfiles or the services to customize the settings and parameters based on my needs. For the backend, I am using a Mongo DB image and using the standard image with no customization. All of the services are deployed as a stack connected through a common Docker network. I have created a docker compose file to orchestrate all of these services and various settings.

Below are the details about each of these Docker container/service which we will deploy:

High level, this is what the Dockerfile achieves and commits in the Docker image:

The custom config file can be found in my Github repo. When the image is built:

All of these containers get deployed as a stack to a Docker swarm. There is a docker compose file to orchestrate these containers and how they talk to each other. The file can be found in my repo (docker-compose.yml). I wont go through the whole YAML file but I will give an overview what its performing:

To follow through the setup steps, make sure below pre-requisites are ready for the deployment:
- An AWS account
- Launch an EC2 instance. If you already have an existing instance, that will work too. I have included a CloudFormation template in the repo to help launching the EC2 instance.
- Install Docker and Docker compose on the instance
- Install GIT

Once you are ready with the above steps, go ahead and clone my Github repo. If any changes are needed, make those changes to customize accordingly to your need. Make sure to copy your own Flask app in the folder: flask_app. Push the changes to your own repo.

Once the files are in the repo, SSH to the EC2 instance and checkout/clone the repo to a folder on the instance. The folder structure should look like this: 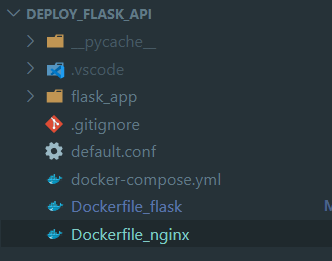 Now we just have to start up the docker services/containers with just one command. Make sure you are at the root of this folder before running the command:

It will take a few minutes to launch all the containers. Once launch is complete we can test the API. To test the API first insert a single user record in the database. The API endpoint should respond with this user data. Here I have used Mongo DB compass to connect to the Mongo DB Docker container. The connect string should be of this format. I have mapped the host port 4505 to the Mongo container port 27017. The below screenshots are from my example API and assuming you are using my example API. If you are deploying your own, the test steps will differ according to your API code.

Once connected, add a single user record in the ‘users’ collection: 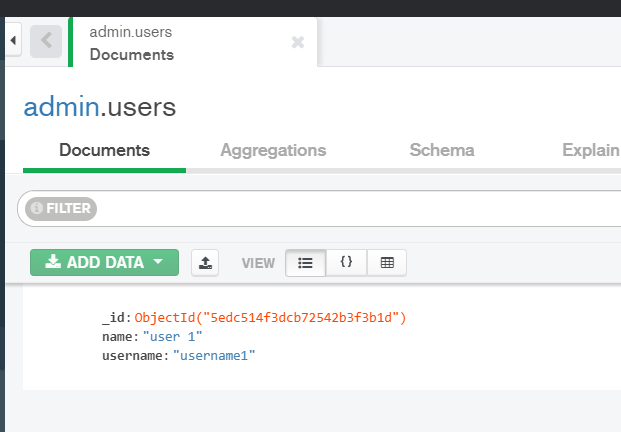 To test that the API is returning this record, send a GET request to this url:

You should see the single user record returned as response: 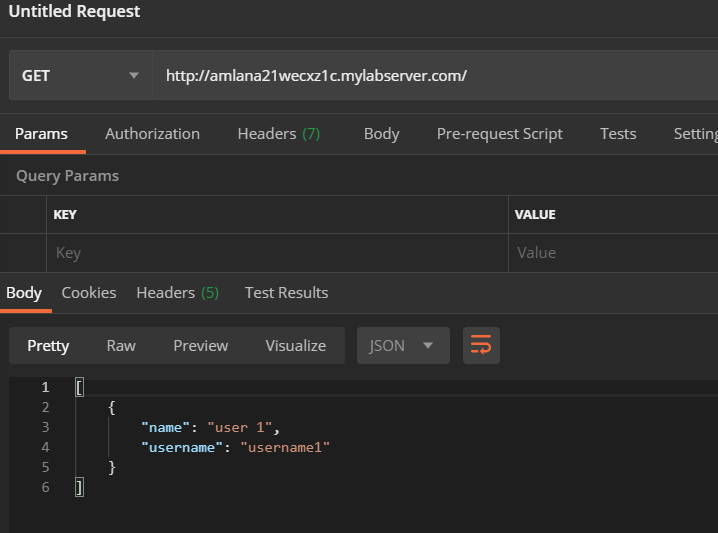 This completes the API deployment. The API endpoints can be accesses from the instance public DNS. If further updates are needed to the API, a better way to handle that is to include a CI/CD pipeline to handle the changes. For manual updates, after getting the updated files from the Github repo on the instance, run the following commands in the repo root folder: 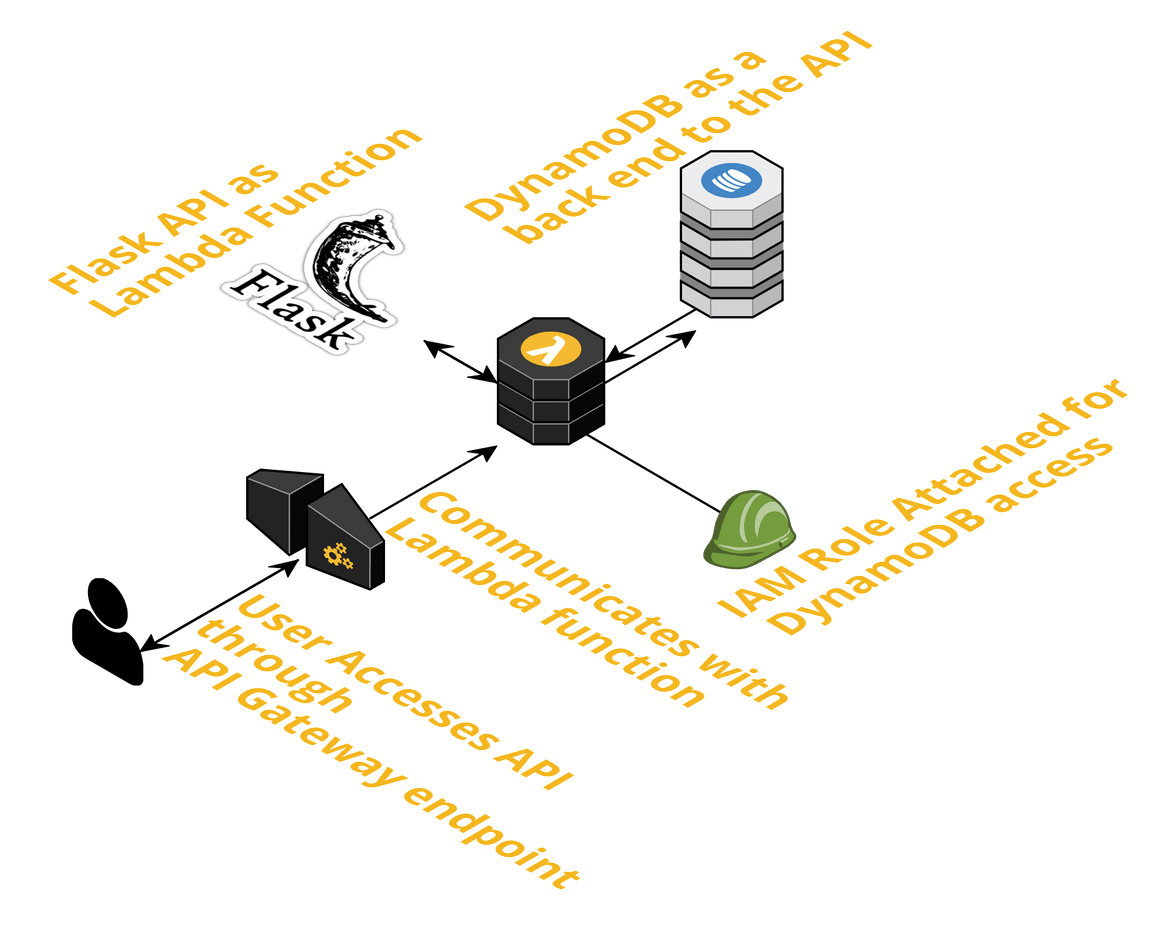 For this deployment we will be launching/deploying below services on AWS for the different layers of the REST API:

There are few pre-requisites which you will have to complete before you can deploy the API code to AWS:

For the Flask API functionality, as a demo I will be using the same app functionality from the last Docker method. The API will only have one endpoint (‘/users/). The API will respond with the details of the user. The code files can be found in the ‘lambda’ folder in my Github repo. There is a virtual environment too where all the dependencies are being installed for the Flask App to run. To run the API locally, first clone my Github repo to your local system. Navigate inside the ‘lambda’ folder and run below commands to activate the Virtual environment and start up the API. Note that the API may fail to run as we do not have the Dynamo DB yet.

The app I am using an example is a simple Flask app with a single API endpoint. Invoking the endpoint will fetch data from DynamoDB and respond back to client with the user data. Below will describe what are the services involved in the deployment and how we will be deploying.

I have already described above what are the services we will be deploying. For the deployment itself, we will be using Serverless framework. I wont go into much details about what Serverless framework is but just specify a few lines. Serverless framework provides an easy way to develop and test Serverless applications(like Lambda functions) locally and deploy to the cloud using few simple commands. The framework uses CloudFormation templates to deploy all necessary components for the API to function. The details of the deployment are specified in a YAML file (serverless.yml) which acts like a spec for the deployment. The YAML file is kept at the root of the API app folder. It will also pass an environment variable to the Lambda function to specify the DYnamo DB table name (USERS_TABLE). For our example we will deploy:

Once the Serverless framework deploys the App, it creates all of the above resources on AWS and exposes the REST API through the API Gateway.

Now we are ready to deploy the API to AWS. Here I am taking example of the API from my Github Repo. Same steps can be followed in your own API too. Follow the below steps to finish the deployment:

Once you log into AWS console, you should be able to see all of these services deployed:

To test the API, navigate to the endpoint which was shown on the commandline after running the Serverless deploy command. Using that endpoint and passing the username, send a GET request. You should see the response with user data: 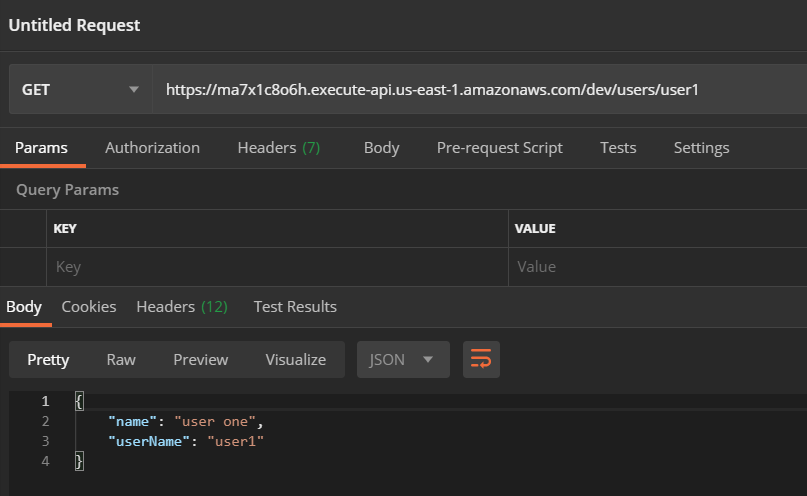 Phew that was a long post. Hopefully you are able to get to the end. This should help you with deploying your own Flask REST API. Select the method which suits you best. A REST API in Flask can be very useful serving as backend to different type of web apps. The Serverless way gives a cost effective option for any of your personal side projects as it doesn’t involve managing any servers. These methods can also be used as part of any Enterprise deployment where AWS is an option. So go ahead and launch your own REST API and develop your own apps. Any questions or issues, please reach out to me from the Contact page.

An automated workflow for blog posts using Gatsby and Github Actions I went live with my blog recently. I like to automate all of my…

How to Launch your own Kubernetes Cluster on AWS Any time we start learning some new technology, the first thing what comes to mind is how…