In this article we will go through a Python-Flask application implementing a REST api for an excel file. This app will enable API endpoints to perform basic CRUD operations on an excel file, which is generally not API enabled. I will also describe a way to deploy the app in a Docker swarm, hosted on AWS. One thing to note here is that when I deploy this app to Docker, I am not using uWSGI. So this is not recommended option for Production. For production, uWSGI should be used along with a reverse proxy like nginx to have a proper API deployment setup. I will cover the uWSGI-Nginx architecture in a separate post.Below are the technical components used by the app architecture:

The sections below describe different aspects of the app, API and deployment related details.

The application is built on python and the API endpoints have been implemented using Flask as the framework. The full code can be found on Github:
https://github.com/amlana21/excel-api-python

Below are some key API endpoints and their functionalities supported by the App:

These endpoints can be invoked using CURL or from applications like Postman, and passing required parameters.These can also be incorporated in any custome developed application by invoking the REST API endpoints. 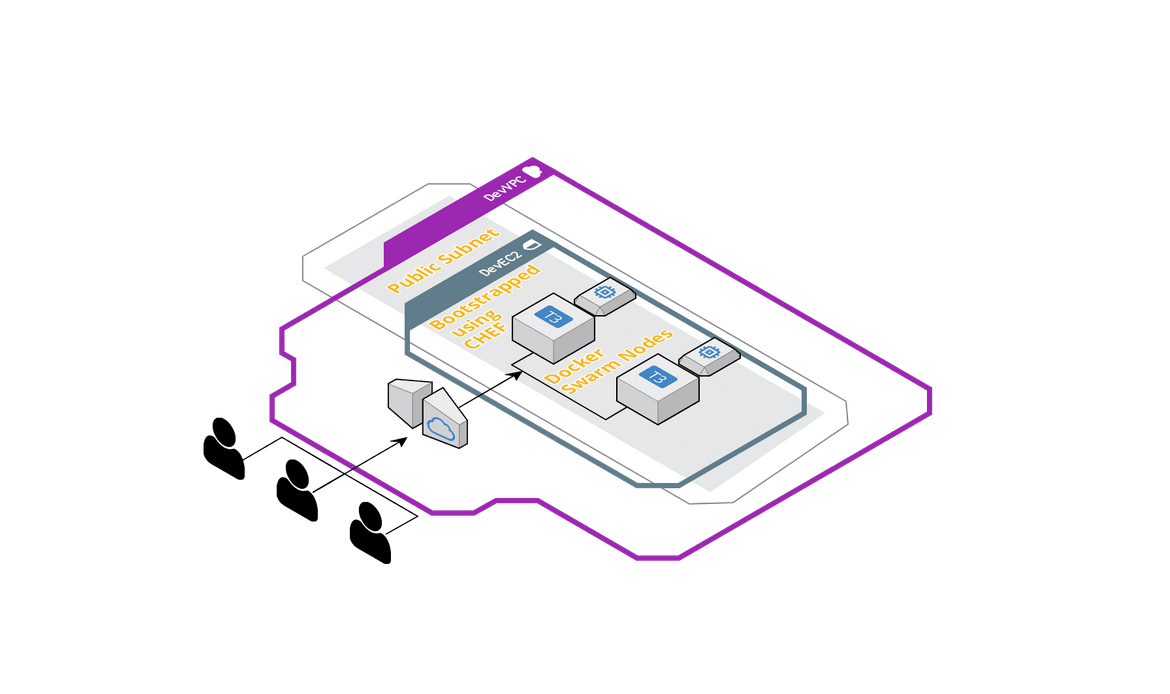 The Cloudformation template can be found in the Deploy folder of the code base. The temaplte can be used to launch a Cloudformation stack from the AWS console.The stack will contain the EC2 instances which will be used to initiate the Docker swarm.

Once the instances are launched, required packages and modules need to be installed on the instances so the app can be deployed. We will need the below packages/modules for our app deployment:

This is achieved using a CHEF cookbook consisting of the recipes needed for the installations.The CHEF repo can be found in the Deploy folder of the code base.To execute the CHEF recipes, below are some pre-requisites:

Below are the commands to run on the workstation to bootstrap the instances and complete the installations.Before running any commands, follow below steps to ensure the local repo can connect to CHEF manage server:

Run the following commands after navigating to the folder excelapi_installs—>cookbooks—>apiserver
Upload the cookbook to manage server:

Once this is successful, verify that docker is installed in the instances by SSH’ing into the instances and running below command:

Once the instances are ready, select which of the 2 instances will be the manager node for the swarm and follow the below steps to copy the app and start the services.I am using a custom Docker image to deploy the container and run the app. The image is available on Docker hub. The Dockerfile is also included in the Deploy folder, if any other customizations are needed. The image used is: awsacdev/custom-flaskapp:1.0.

Copy the app to a folder in the manager node:

Deploy the app as a stack to the Docker swarm:

This starts the Flask app and the stack deploys the service with a replication of 6 across the 2 nodes.

The app can be accessed from the browser with the below URL. Once the URL loads, if the text ‘working’ shows up on the browser, the app is successfully deployed and working.

These steps will give a high level view of how to deploy a REST API for excel, to a Docker swarm. This is not the only way to deploy the REST API and this is not to be used in Production. For a production deployment, a proper reverse proxy should be used to efficiently handle the incoming requests. The app itself have a lot of scope for improvements which I am still working on. The issues tab on the Github repo will show the features which are WIP. For any questions, go ahead and raise an issue on the Github repo or email me at amlanc@achakladar.com.

Deploy an ELK stack as Docker services to a Docker Swarm on AWS- Part 1 In this 2-part post, I will be walking through a way to deploy the…